What is it? A remaster of the classic RTS, with some new additions

Age of Empires 2 is being wheeled out again, not quite new, but definitely improved. It wears its two decades well, but the years are still there, hidden beneath polish and new art and myriad tweaks. The Definitive Edition wavers between remaster and remake, updating nearly everything, from the art to the AI, as well as adding a trio of new campaigns and four more civilisations, but reverence for the original means that the changes, though broad and welcome, are somewhat restrained.

Much of that reverence is justified, and what made Age of Empires 2 stand out at a time when there was no dearth of excellent real-time strategy games holds it in good stead 20 years on. Though its ambitions were similar to its predecessor’s, the attempt to combine real-time strategy with city building and Sid Meir’s Civilization was a lot more successful the second time around. It was also simply a better, richer strategy game.

The Definitive Edition makes it easier to appreciate why it had the impact it did. Finally, in 2019, Age of Empires 2 lets you tell your villagers to automatically reseed farms! No more returning from a war to find the fields fallow and my villagers twiddling their thumbs. This might be the most exciting change for me, the most boring man in the world. It really does save a lot of headaches, though, and is one of several ways the new version gives you more control while still cutting down on unnecessary micromanagement.

Quality of life improvements might not sound like much of a headline attraction, but Age of Empires 2 needed them just as much as the new campaigns and the visual overhaul. Queuing up different units and upgrades, being able to drag and select armies without grabbing villagers by mistake, queuing commands—most of what I wished the first Age of Empires: Definitive Edition included has been introduced here. The result is a more consistent pace that leaves you with extra time to spend expanding your civilisation and commanding armies.

Those are two areas where it’s largely business as usual. You start with a town centre and a handful of villagers, gather resources, plonk down buildings and expand until you’ve got a big army and an impressive fortified city. Across the campaigns and skirmishes, this familiar routine is repeated, tweaked and sometimes subverted, but while Age of Empires 2’s current curators have updated a lot around it, the moment-to-moment civilisation and army management has been preserved.

Unlike the first Age of Empires, large armies are more manageable thanks to formations and improved pathfinding. They try to take the most efficient route, and while units can still get stuck when they’re blocked by their mates, you can switch formations to give them more room to move. Once they get into melee, however, formations crumble and become giant brawls where every inch of space is filled with warriors hacking away at each other.

Melee brawls are brisk and, even with the new and otherwise helpful zoom feature, it can still be hard to decipher what’s going on in the scrum itself—it’s just a lot of shrinking health bars—so committing your force can feel a bit like giving up control. Units run around desperately trying to get to the nearest enemy, or the one you selected, frequently having to adjust as gaps close. You’ve either got to micromanage the lot of them or leave them to it and just hope that you’ve sent in the right units to counter your opponent.

Battles amount to more than throwing a heaving mass of warriors at your adversaries, though, especially if they’re hiding behind some walls. One of the best additions of the original Age of Empires 2 was proper fortifications and the accompanying sieges. Assaulting a walled city is a massive investment in gold and manpower, and a bit of a logistical conundrum. Siege engines are expensive, slow and fall apart as soon as the enemy looks in their direction. They need troops to escort them and fight off the AI—which does seem to do a pretty good job of prioritising targets even on the standard difficulty—and safe positions to begin an assault from. As chaotic as combat can get, sieges and big confrontations still require plenty of planning.

Microsoft and developer Forgotten Empires have been clear about their intent to eschew big changes to the combat, citing feedback from the Age of Empires community. Even if that wasn’t the case, changes to the core of the game aren’t what you’d expect in the Definitive Edition, but in other places the alterations are surprisingly significant and meaningful, making the gaps more noticeable. When you’ve got flashy new 4K art everywhere, a reworked UI and more refined controls, the messiness and lack of clarity in fights can be a bit jarring. Combat doesn’t exist in a vacuum, however, and still benefits from the improvements orbiting it.

All 27 campaigns are available from the get go, so it can be tricky to know where to begin. For old time’s sake, I had to play the William Wallace tutorial campaign first. All the old campaigns, as well as benefiting from the art overhaul, have new audio, dialogue and updated missions, but if you’ve played them before, you should find them very familiar. As well as the campaign tutorial, the Definitive Edition also includes some further education in the form of challenge missions. Despite my nostalgic affection for the William Wallace campaign, it only teaches the basics, hiding a lot of Age of Empires 2’s depth from new players. While the challenge missions aren’t essential, they’ll make you a more efficient player and better prepare you for games beyond the campaigns.

With Scotland behind me, I could start working my way through the brand new campaigns, collectively known as the The Last Khans. Age of Empires 2 already has more civilisations and missions than anyone could be reasonably expected to play while still eating and sleeping, but the promise of New Content is, as ever, seductive.

Each campaign takes a crack at spinning a historical yarn through the deeds of a specific historical figure, as is traditional for the series. Mission intros and outros do all the exposition, but there are plenty of narrative moments and scripted sequences within the missions themselves. There are multiple paths, plot twists and some elaborate set pieces, and they generally strike a good balance between a bespoke, directed experience and a sandbox. Not every mission is a winner, but even when the execution is a bit off, there’s usually still an interesting hook or twist, or even just an unusual map layout, that makes it memorable.

One mission in the Tamerlane campaign begins with a pitched battle. Big Tam’s army terrifies a bunch of charging enemy elephants with explosives, causing them to stampede towards their old masters, at which point they get put under player control. After that bloody battle, you’ve got 80 minutes to conquer Delhi by destroying five castles hidden behind its two walls. There are enemy towns to raid and villages to nurture, but what you do with those 80 minutes is up to you. With the enemy not leaving their city, you’re given loads of room to breath and prepare, but once inside it’s a tricky fight with narrow corridors making movement a nightmare, and countless guard towers whittling down the invaders. It’s great, but I failed my first attempt because a line of dialogue obscured the countdown and refused to disappear.

That happens a lot. Alerts, taunts and random bits of banter end up just hanging around, long after they’re relevant, though it was only once that the bug actually had an impact on a mission. Aside from a single crash and one or two occasions when a large scripted battle caused some brief stuttering, I’ve not had any other issues.

The Last Khans campaigns are good introductions to the new civilisations, but they’re probably not a good place to begin if you’re new to Age of Empires 2, or if it’s been a while since you last played. With the standard difficulty, they’re reasonably forgiving, and each comes with detailed hints and a scout report, but they’re quite a bit more complex than the original Age of Kings campaigns.

The Bulgarians, Cumans, Lithuanians and Tatars get unique units, techs and bonuses, and they all share a penchant for horses. I’ve become partial to the Bulgarians, who start off pretty strong. They get an automatic upgrade that turns their weak early infantry into men-at-arms, as well as a wee castle that costs half as much as a regular castle and unlocks recruitment of their unique unit. The Konnick is a cavalry unit that rather conveniently gets a second life as an infantry unit when it’s defeated, something I’ve made great use out of as a reckless commander. The civ has less going for it once it hits Castle Age, so I’m not sure where it’s going to end up in the competitive tiers, but I’m more of a comp stomp guy anyway.

Whether you want to duke out against the AI or human opponents, the skirmish modes give you plenty of options. There are ten modes to choose from, including the new Empire Wars mode, which starts you off in the Feudal Age with a small town up and running, cutting out the early game. As much as I love to meticulously plan the town out myself, I’m starting to appreciate things beginning in medias res—within a few minutes I’ve got an army ready to go out and find some trouble.

Since the beta ended, there haven’t been many opportunities for multiplayer. There’s multiplayer lobbies, ranked matchmaking, spectating and leaderboards, with regional servers instead of a peer-to-peer system, and it seemed to be working fine during the beta, but the real test will be when everyone can start playing on November 14. There’s still a lively Age of Empires 2 community that plays the HD version, so hopefully it will migrate over and keep the lobby browser full. I’ll be playing at launch, so I’ll report any multiplayer woes if there are any.

While this undoubtedly goes several steps further than the HD version and the first Age of Empires: Definitive Edition, it also makes me even more eager for a dramatically different take on Age of Empires 2. You won’t find that here. This isn’t for people looking for something new; it’s for people who are already enamoured with the original game, who I still count myself among, and for fans it’s the best version of the best Age of Empires game by a wide margin.

Ørjan “TheViper” Larsen is a Norwegian Age of Empires player.

At present, TheViper is ranked #925 in highest overall earnings, and #12 in highest earnings for players from Norway.

Largest Prize from a Single Tournament

https://twitter.com/teamsecret/status/1287768527269658632
Team Secret on Twitter: “It has been an amazing journey with our Age of Empires team but our paths now diverge.

Team Secret on Twitter: “It has been an amazing journey with our Age of Empires team but our paths now diverge. We thank themLast Checked 2020-08-05 2:14:50 PM 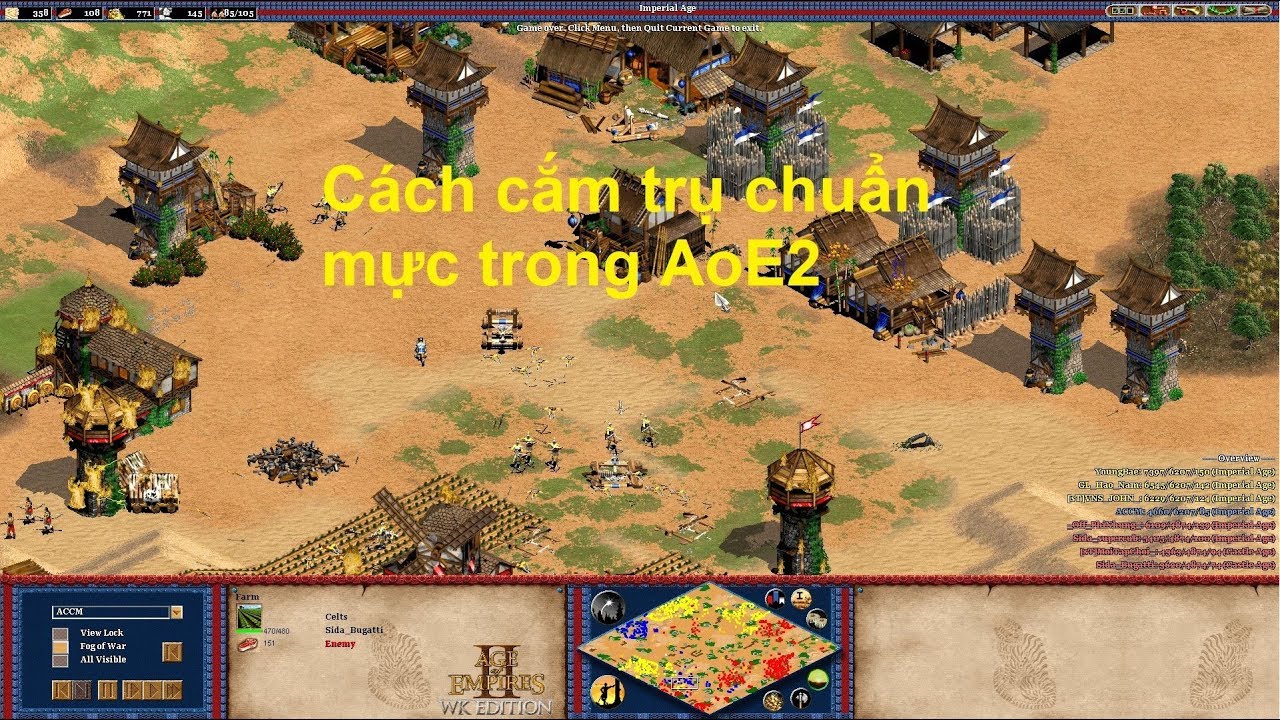 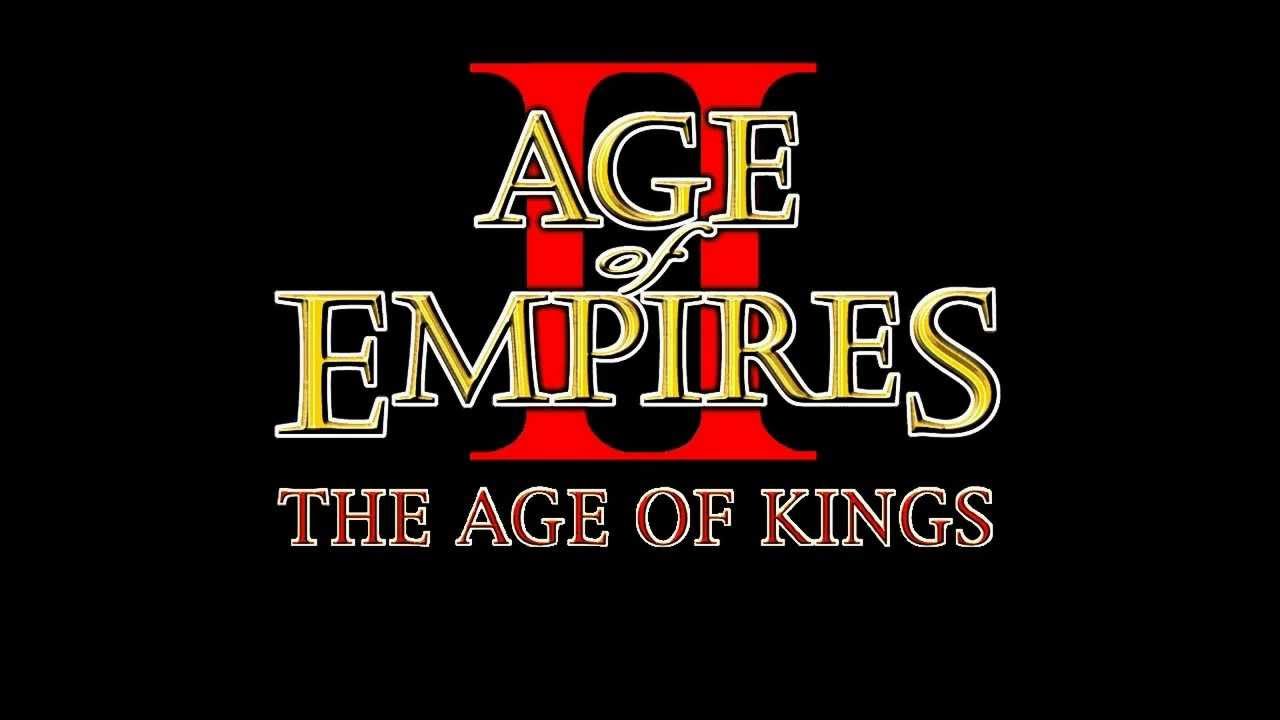 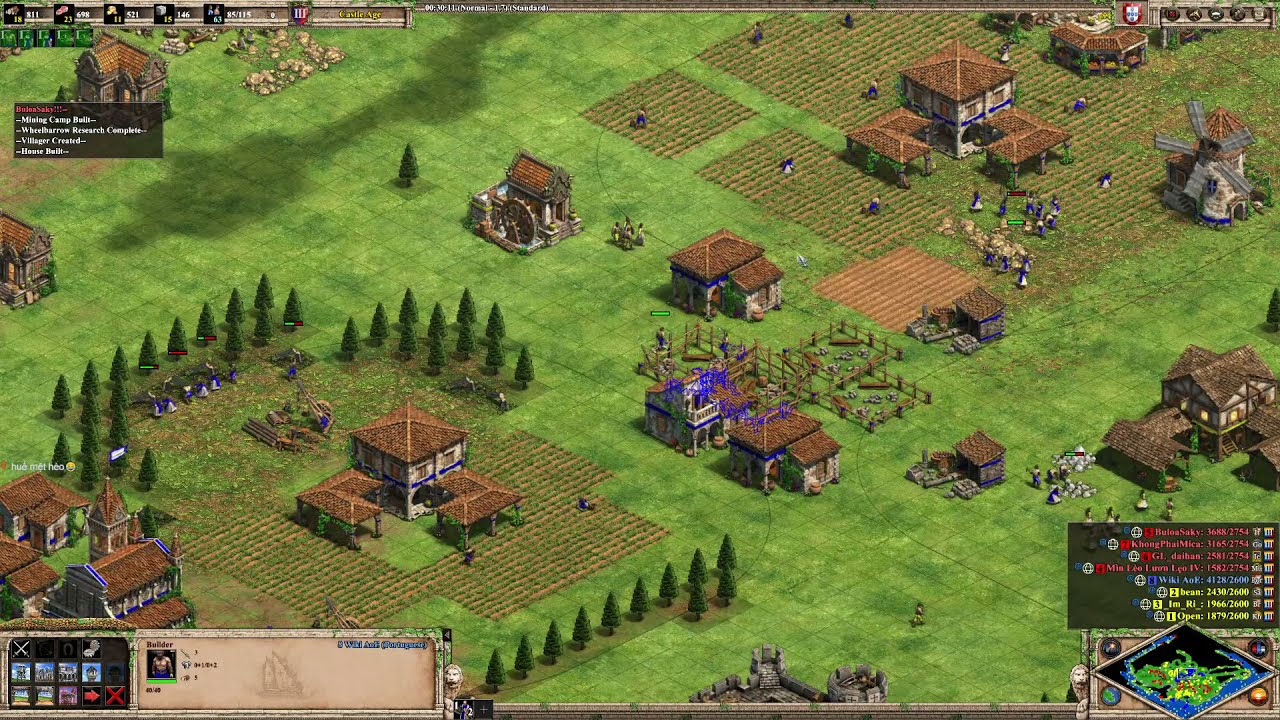 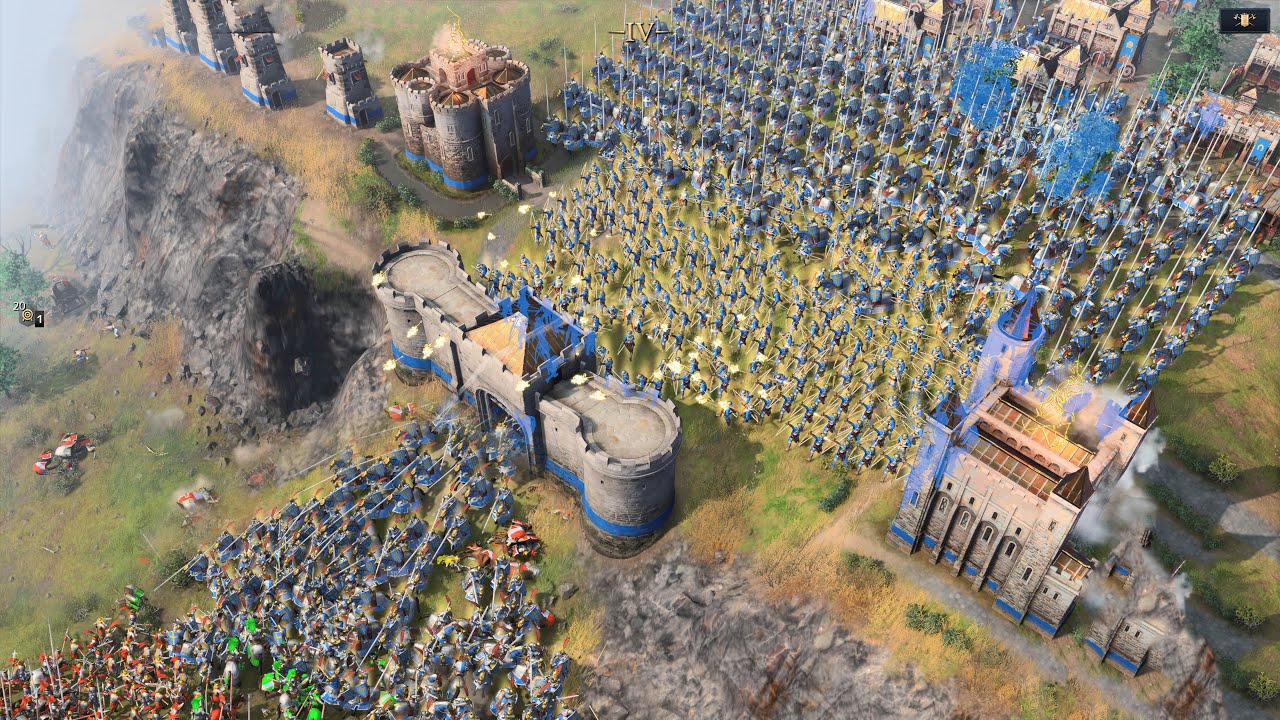 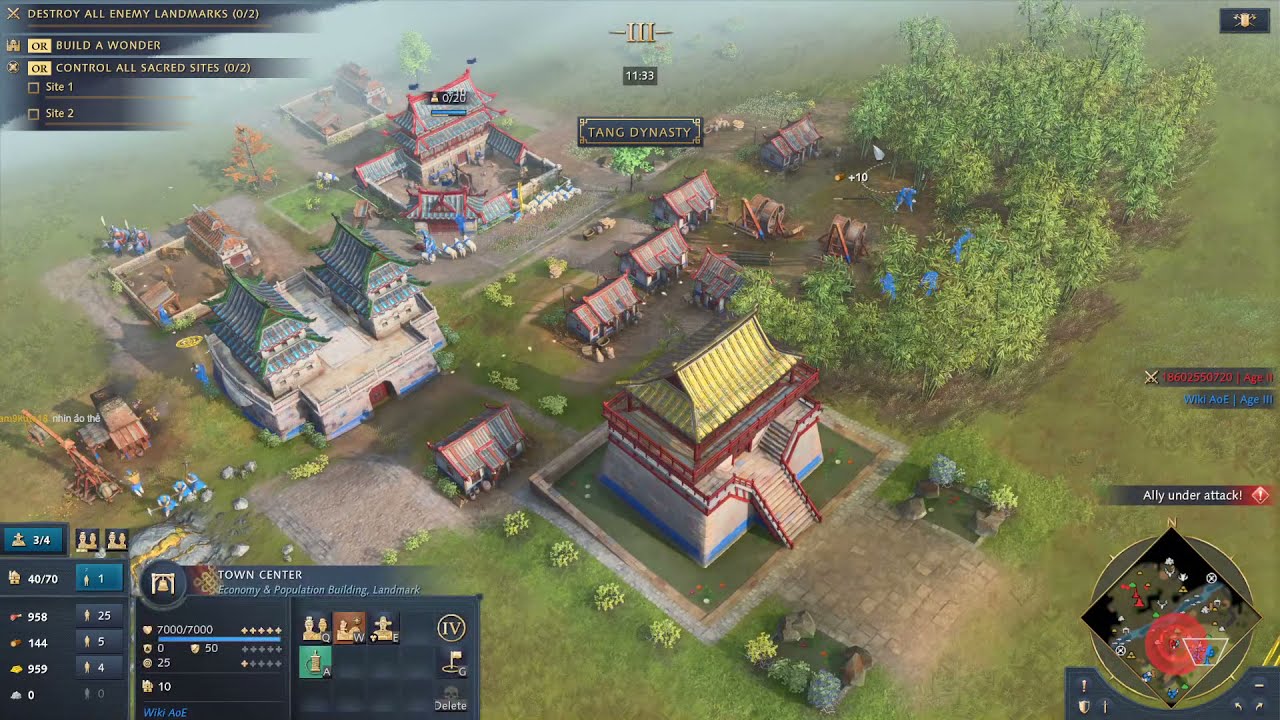