DreamHack 2017 is a gamer’s paradise.

Despite its name, DreamHack has nothing to do with -like dream infiltration or Freddy Krueger invading your nightmares. That being said, DreamHack is definitely something of a dream world; it’s a massive 24-hour digital festival that brings video games and fantasy worlds to life at the Austin Convention Center, an exciting video game festival for hardcore gamers and casual esports fans alike.

Enter in tournaments for games like Counter-Strike: Global Offensive, Starcraft II, Smash Melee, Smash 4, Street Fighter V, Hearthstone, Pokken & more! Equipped with VR exhibits, cosplay, live DJ’s, LAN tournaments, and a chance to win free tickets, DreamHack 2017 is going to be one of the coolest festivals of the year.

The Main Stage of the festival is certainly going to be something of its own dreamworld. The Main Stage will host a plethora of cool events like the Rockit Gaming Couch Party, Overwatch University Grudge Match (UT vs UH), a lightsaber demo, Grimecraft, an overwatch of BYOC finals, and a cosplay contest. Be sure to hit up the Main Stage to see some of DreamHack 2017’s coolest events.

The Smash/FGC area is perfect for anybody who considers themselves a member of the fighting game community. This area will host tons of fighting game tournaments like single and doubles Smash Bros Wii, Super Smash Bros Melee, and Street Fighter V competitions. If you think you’ve got what it takes to be the reigning champion of Smash or a street fighting whiz, then head to the Smash/FGC area for some serious gaming.

The Activity Area is, without a doubt, one of the coolest spots at the festival. Featuring most of DreamHack 2017’s tournaments, challenges, and puzzles, the Activity Area is your go-to spot for all things interactive. The area will host the Grand Tournament, the Marksman Challenge, Cosplay Chess, the Arcane Magic Challenge, Minecraft Maze Running, the DH Scavenger Hunt, and so much more.

The cheapest ticket option, the 1-day pass is perfect for newcomers just looking to casually explore DreamHack. Despite its modest price, the pass still comes with perks including full access to DreamHack Austin for one day and the opportunity to play in all open tournaments that are not BYOC (bring your own computer). All tournament entries are on a first come first serve basis.

Affordable and equipped with tons of privileges, the 3-Day Pass is a great way to enjoy the festival. In addition to providing pass holders with 24-hour event access, the 3-Day Pass also allows festivalgoers to compete in open tournaments that are not BYOC-based (first come first serve). The 3-Day Pass would be best for more casual video game fans. This pass may not be for the hardcore elite.

For those outside of the gamer community, BYOC means “bring your own computer” and LAN stands for “local area network,” an acronym mostly used to describe large multiplayer gamer parties. So the BYOC LAN Pass provides DreamHack participants 24 hour event access, entry to all areas, and table reservation & chair in LAN, the gaming tournament portion of the festival. If you’re dying to pwn newbs over at the LAN table during the festival, then the BYOC LAN Pass is for you. Cop your BYOC LAN Pass here.

The BYOC LAN Pass Premium is the Holy Grail of DreamHack tickets. This exclusive and boujee pass includes table teservation & chair in LAN, 24-hour event access, entry to all areas, advanced seat selection, early entrance, an Austin 2017 exclusive pin and hoodie, and gigabit ethernet connection book. Yeah, that’s pretty amazing. This pass is perfect for hardcore gamers looking to compete in tournaments, explore the festival, and check out all the cool exhibits.

Tickets to DreamHack Austin 2017 are available right here. Don’t forget to click ‘Enter to Win’ for a shot at a pair of free passes!

Dreamhack Summer 2017, held in Jonkoping, Sweden from June 17th through 18th, is in the books and Japan’s YOUDEAL|Yukadon has taken 1st place! Taiwan’s ZOWIE|Oil King continues has fantastic year with a 2nd place finish. Japan’s DNG|Itabashi Zangief, also having a great year, spinning pile-drivered his way into 3rd place! We will have more on Dreamhack Summer 2017 soon, but for now let’s take a look at the full Dreamhack Summer 2017 results!

If you missed any of the action, be sure to visit our videos page, where we will have a playlist for matches from Dreamhack Summer 2017!

Brick vs BX3|Phenom in Top 8

Norway’s BX3|Phenom, who won Dreamhack Summer last season, faces off against Sweden’s Brick in an incredibly exciting match with constantly shifting momentum in which the winner was decided by a final win or lose gamble by Brick! Brick put on his best Premier Event performance here defeating top players such as Japan’s Mago, UK’s Method|Packz and here BX3|Phenom to take 5th place.

Zangief is one of those characters that always elevates the hype before the first punch is thrown, and with Japan’s DNG|Itabashi Zangief in control of the character the hype is even greater. When most other Zangief loyalists were faltering last year, it was Itabashi Zangief who seemed to pick up the torch to show everyone how it’s done. Zangief has made a big comeback this season, and Itabashi Zangief is once again at the forefront as one of the best Zangief players in the world. This year he has had three Top 8 finishes at Premier Events, taking 7th at Final Round, 2nd at Ultimate Fighting Arena, and now 3rd here at Dreamhack Summer. Currently sitting at 12th place on the Global Ranking Leaderboard as of this writing, he is almost assured a spot at Capcom Cup this year.

Below is Itabashi Zangief’s match against Japan’s Scarz|Sako in Losers Semi-Finals, a fun match to watch.

Taiwan’s ZOWIE|Oil King has decided to do a lot more traveling this year and it has been paying off, as he is having a phenomenal 2017 season. As of this writing he is in 10th place on the CPT Global Leaderboard with a 5th place finish at BAM 9 and now a 2nd place finish here at Dreamhack for Premier Event finishes (among others) as well as top 8 placements in three different Ranking Events. Oil King defeated an impressive list of players including France’s RB|Luffy, Japan’s Scarz|Sako, and Japan’s YOUDEAL|Yukadon. His only losses at this event were taken in the two set Grand Finals against the aforementioned Yukadon, who reset the bracket and ultimately took 1st place.

The match below is against Japan’s Scarz|Sako in Top 8. It was a great match that came down to the last round.

Japan’s YOUDEAL|Yukadon put on his best performance of the season so far at Dreamhack, only losing to ZOWIE|Oil King in Winners Finals. During his run he defeated players including Taiwan’s ZOWIE|GamerBee, UAE’s NASR|Big Bird, and Japan’s DNG|Itabashi Zangief. He would go on to get the runback against ZOWIE|Oil King in Grand Finals with much different results (see below). Yukadon is now ranked 7th on the CPT Global Leaderboards and is likely to have enough points to earn a spot at Capcom Cup this year with plenty of season left ahead.

Below is a very close match with United Arab Emirates’ NASR|Big Bird in Top 8.

With Oil King playing Rashid and Yukadon playing Ibuki, both being aggressive characters, you knew going into this Grand Finals that it was going to have lots of action. The match didn’t disappoint in that regard, but ultimately it was a one sided affair on the scoreboard. Yukadon won both sets convincingly (3-0 and 3-1) to take 1st place at Dreamhack Summer 2017.

Here are Capcom’s Top 5 moments from the event! 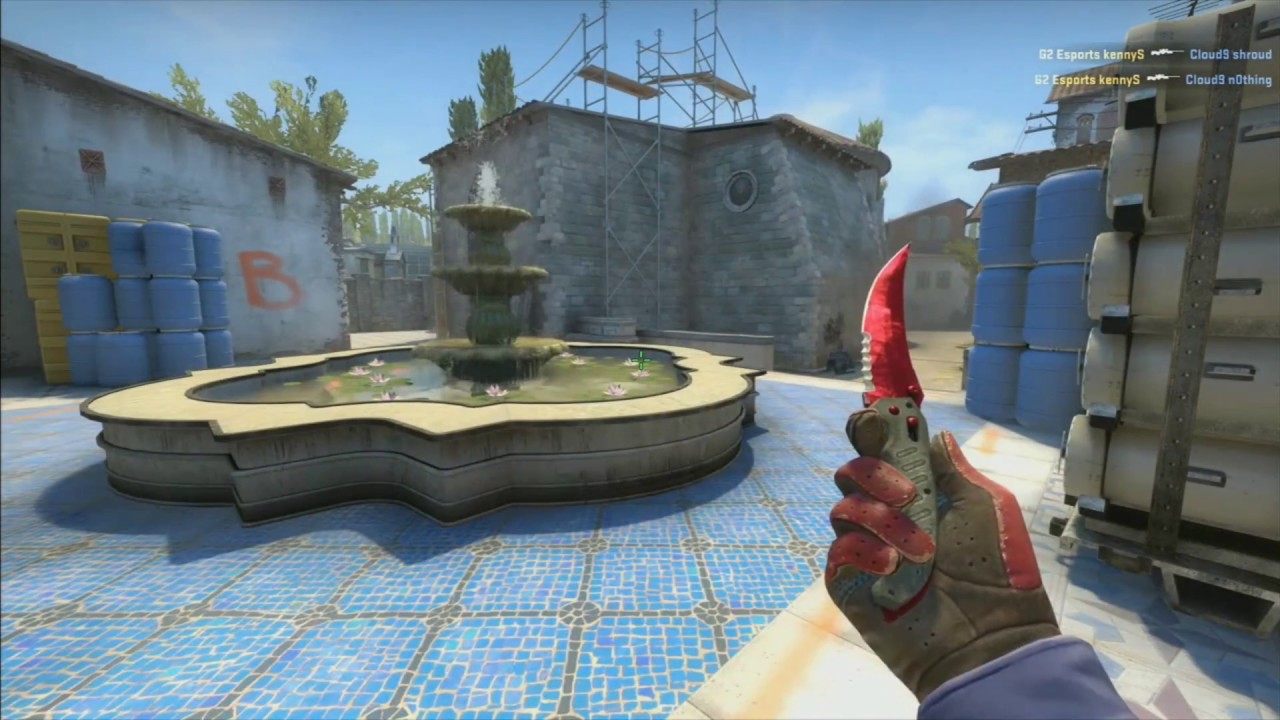 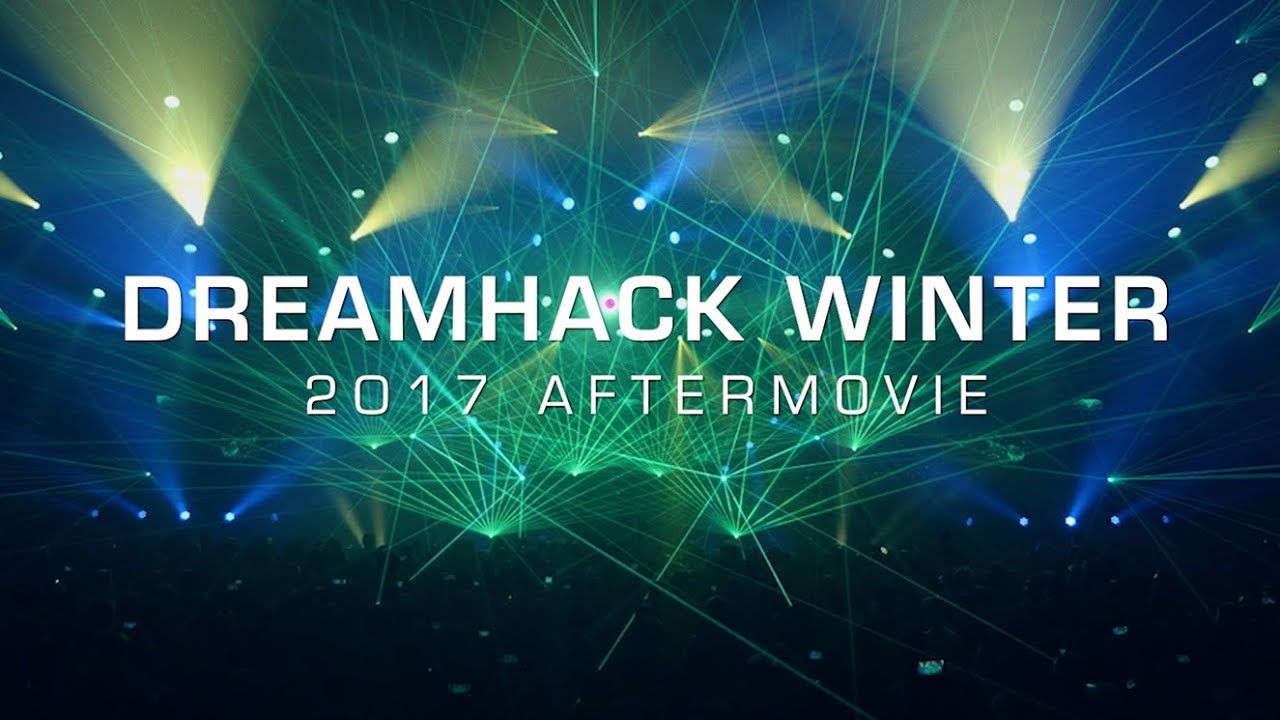 It’s the Major everyone has been waiting for! The top sixteen teams from around the world compete for their chance at $250,000 and the title of ESL One Cologne 2015 Champions. See who makes it to the top!
Watch more CounterStrike action here: https://www.youtube.com/user/esltv/playlists?shelf_id=25\u0026view=50\u0026sort=dd
ESL One CounterStrike: Global Offensive
August 20th23rd 2015 Cologne, Germany
http://www.eslone.com
Follow us for schedule updates, giveaways, and more!
http://www.twitter.com/esl
http://www.facebook.com/esl
theScore eSports is your destination for full live scoring, stats and news for CS:GO! Realtime scores, standings, stats and leaders for CS:GO at ESL One Cologne and every major CS:GO league \u0026 tournament. Combined with our breaking news and detailed push alerts, theScore eSports has your CS:GO needs covered, along with every other major game, including LOL, Dota, SCII and Hearthstone.
Get it NOW from the App Store http://thesco.re/esportseslc2 and Google Play http://thesco.re/esportseslc3 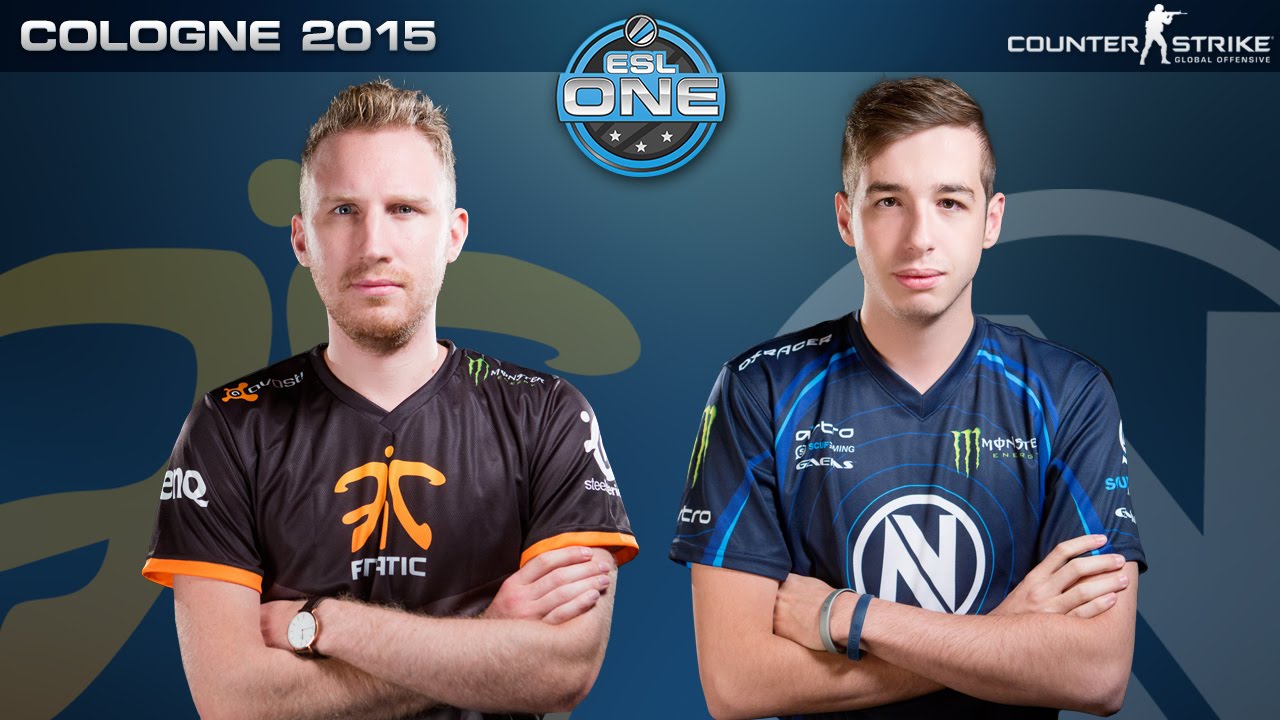 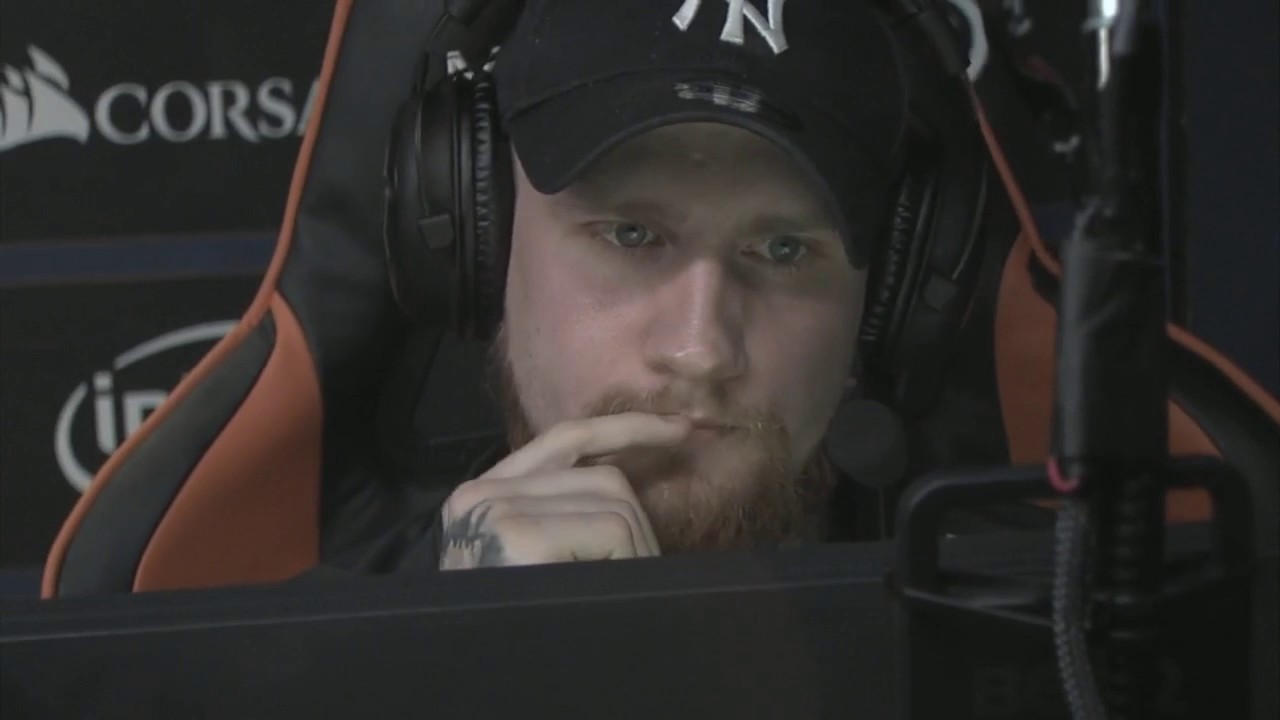 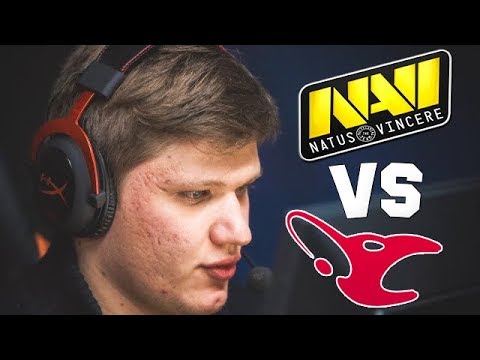