The winner of CS:GO’s seventh major is EnVyUs after emerging the victor over Na`Vi in a best-of-three brawl (16-14 on de_train and 16-5 on de_cbble).

The grand finals of DreamHack Open Cluj-Napoca, CS:GO’s seventh major, kicked off with a face-off that many may not have expected: EnVyUs versus Natus Vincere.

With the French team looking to redeem its downfall at the previous major grand finals and the Ukrainian-Russian-Slovak team entering its first grand finals at a major, the first map of contention was de_train.

Pointman Kenny “⁠kennyS⁠” Schrub looked determine to bid adieu to his underwhelming performance at the Cologne finals and took off from nV’s CT pistol round onwards, and with his help as well as the whole team hitting its shots EnVyUs moved ahead to a 7-0 scoreline before Na`Vi could answer back.

Na`Vi’s return into the arena that is train’s outer and inner bombsites was spearheaded by Denis “⁠seized⁠” Kostin in the first half, who picked up multiple two and three kill rounds to give Na`Vi a string of rounds and end the half 9-6 to nV’s advantage.

On the second half, Na`Vi took CT pistol and Slovakian Ladislav “⁠GuardiaN⁠” Kovács finally began to warm up and string together frags and the Eastern European team moved ahead to a 11-10 lead before nV answered back.

The remaining rounds on de_train were fiercely contested, with single rounds often going back and forth. On the 28th round, Vincent “⁠Happy⁠” Schopenhauer saved his team with a grenade onto a defusing Na`Vi member. Despite a small Na`Vi comeback, it was therefore the French team which took the first map 16-14.

With de_cbble being EnVyUs’ map choice, the boys in baguette kicked off their T-side with entry fragger Dan “⁠apEX⁠” Madesclaire dropping a quad kill and giving the team momentum on the second map.

This opener allowed nV to surge forward, and kennyS‘s seven kills by the seventh round were already testament to the player’s focus since it was more kills than kennyS had altogether on de_cbble in the Cologne finals. Nathan “⁠NBK-⁠” Schmitt also chimed in on the seventh round with an ace of his own to pull nV ahead even further.

In a similar fashion to de_train, Na`Vi woke up after being down 0-7 and managed to defeat EnVyUs on a force-buy round, which gave the Eastern European team two rounds. Then, kennyS and GuardiaN faced off in a one-versus-one and it was the Frenchmen who emerged the victor, bringing the score to 8-2.


Na`Vi set a record by making the grand finals of a major, but ultimately fell short

GuardiaN redeemed himself with a triple-kill shutdown in the next round on the B site which reset nV’s economy and forced the French to buy TEC-9’s. Thus, with desperate tenacity, the CIS-region team clung onto the game and ultimately picked up five rounds on their CT side; the half finished 10-5 for nV.

Happy and his crew held the front on the team’s CT pistol to pull ahead 11-5 and move even closer to guaranteeing kennyS and apEX their first major championships.

And that was all she wrote for this match as nV simply outplayed and outaimed Na`Vi for the remaining rounds to win the map 16-5 and win the major at DreamHack Open Cluj-Napoca.

stich writes for HLTV.org and can be found on Twitter

A CS:GO streamer named Adam ‘Loop’ Bahriz was bullied on, then kicked from, a pick-up game on esports site ESEA. After a touching groundswell of sympathy from the CS:GO community, he’s received thousands of dollars in donations and been offered a professional streaming contract with EnvyUs.

PDeeee has a rundown of the story on Reddit, with clips of comments made to Loop during the stream. They’re not easy to listen to – it seems his teammates assumed he was trolling after he used a keybind to send a message explaining his condition immediately after joining the game.

Those teammates apologised later in the ESEA forums. One says “after I checked his Twitch I realised he was for real. I apologise but it was an honest misunderstanding.” The other says “we’re honestly really sorry it happened and that you weren’t actually a troll, good luck in the future”, then posts again, saying “we’ve all seen it happen dozens upon dozens of times where it’s some 12 year-old kid thinking they’re funny joining a game and instantly pressing their bind… all four of us felt bad after we checked and found out he wasn’t kidding.”

Whether you want to give them the benefit of the doubt or not, here’s the happy ending:

Hey @FDN_Loop, we want to offer you a contract to stream and represent our team. Let’s do this.

Or so you’d think. The Reddit thread announcing EnvyUs’s offer to Loop – which is at the top of the CS:GO subreddit at time of writing – includes a number of cynical comments accusing them of making the offer for PR purposes, or arguing there are other hard-working streamers who deserve it more.

The most-upvoted comment, which comes from SpeedyBlueDude, shuts that line of thinking down pretty neatly: “yes it’s not fair that some streamers who work hard for years will never reach the level of success Loop has. Yes it’s really lucky that the community decided to be nice and donated $10,000+ in a day to Loop.

“Let him enjoy this shit. Loop is disabled and has a hard life. If we can make it so someone who probably gets looked at like he’s weird by strangers in public can have some enjoyment and success in doing what he loves, let’s do it.”

As EnvyUs themselves say, they could offer contracts to lots of teams for PR. They chose Loop because he “just deserves it. He’s obviously been through more tough moments than most people. We were just touched by that and how good he is at CS.”

And they’re not kidding; take a look at this Scout flick Loop made when he was featured on Freakazoid’s stream. Let there be no doubts about his skill.

READ BELOW
Well, I have finally released something thats over 1 minute (yay :D). I really want to thank Sparkles, wouldn’t be possible without you man :). I spent a lot of time on this, and learned a bunch of new things along the way. The edit is dedicated to a friend (Riko Kaspar Madisson a.k.a Defuzahh), who died in a car crash earlier this year, rest in peace my friend. At the end of the clip it says its rendered with Unreal Engine 4, and its true, most who’ve been asking me if I rendered in Cinema4D, and I said yes, have been pretty much lied to (sorry guys). Don’t get too confused about this tho, because 90% of the edit was done in Cinema4D and Unreal Engine 4 was basically only used to render with. I would like to thank all of the people who were involved in this project more or less, that being: Sparkles, R.I.Pieces, maro, kosta, sacky, FLXD, bleinkz, dakine, FLM, NAXIU, jnsz, rockit and bky. Hope you enjoyed :).
Song: Mind Tree Paxton
https://mindtree.bandcamp.com/
Software used:
CS:GO
HLAE
Blender
Cinema4D
Houdini
Unreal Engine 4
After Effects
Sony Vegas
Some of the questions that are in the comments are probably already answered on reddit: https://www.reddit.com/r/GlobalOffensive/comments/5kdafv/mind_tree_csgo_edit/ 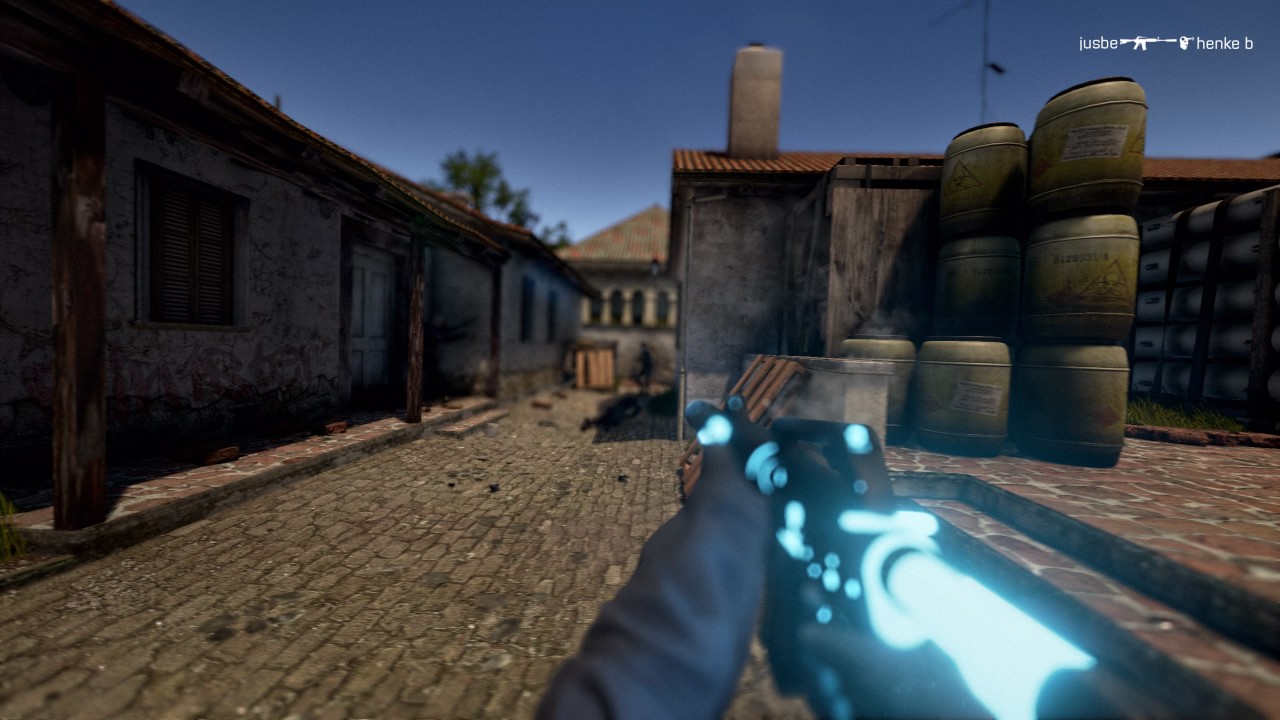 Trade Your Skins At: https://skinsjar.com/

Disclaimer: The people in the video are in no way associated, affiliated, endorsed or have anything to do with the intro/outro of this video. 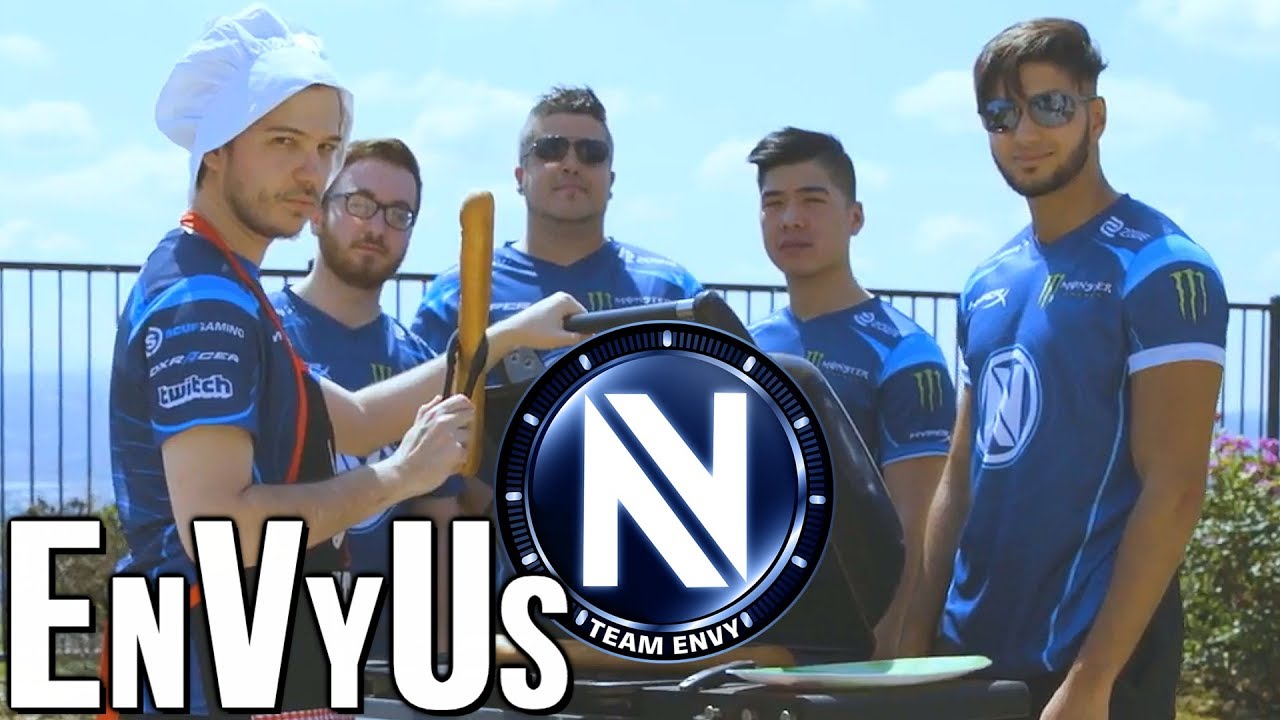 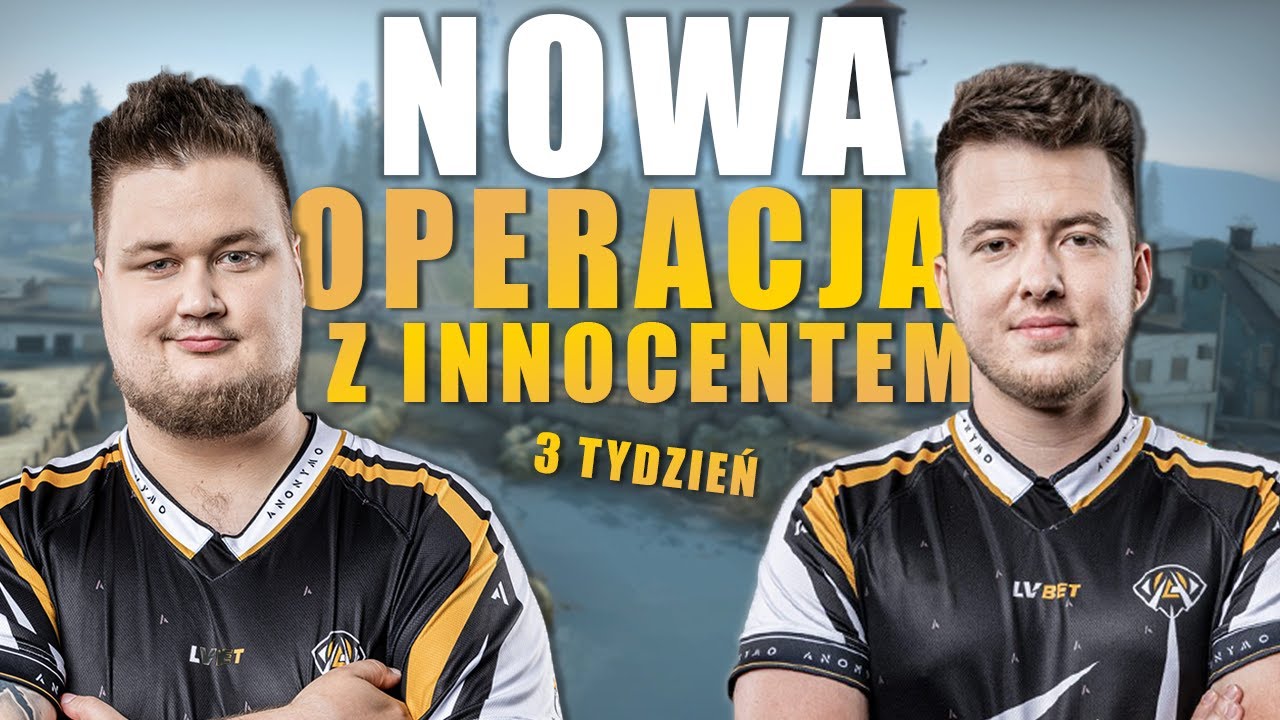 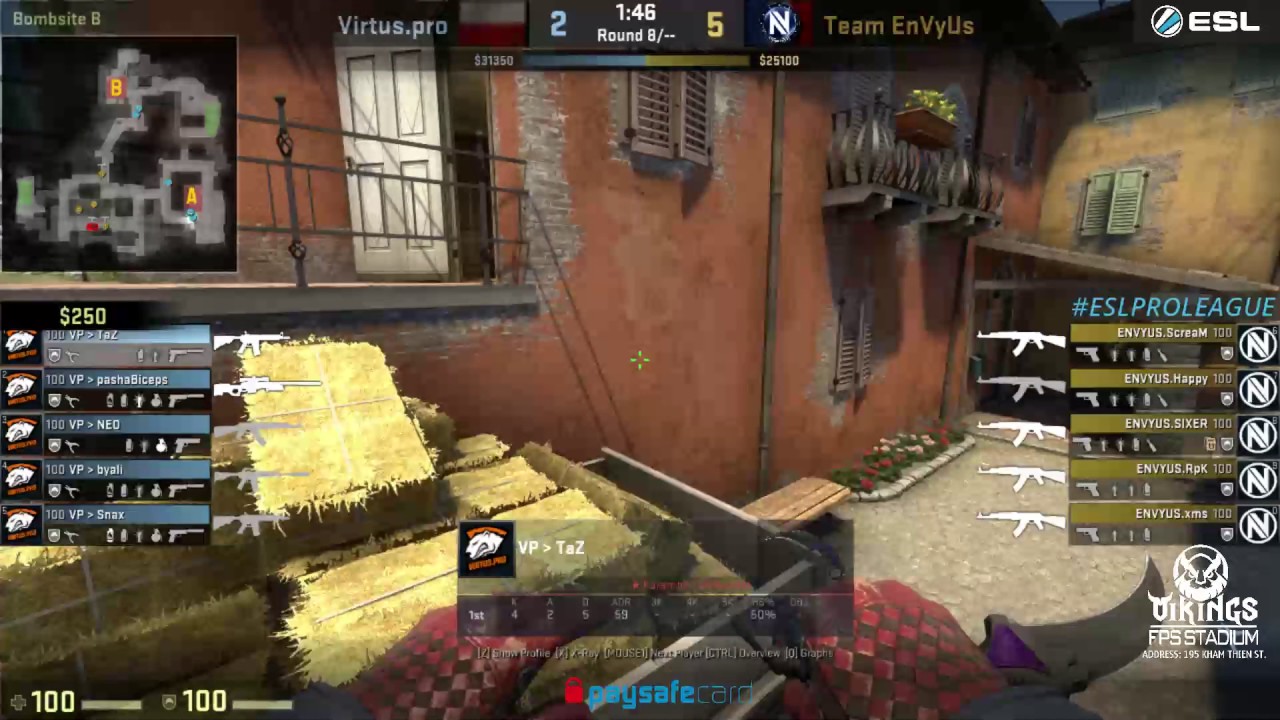 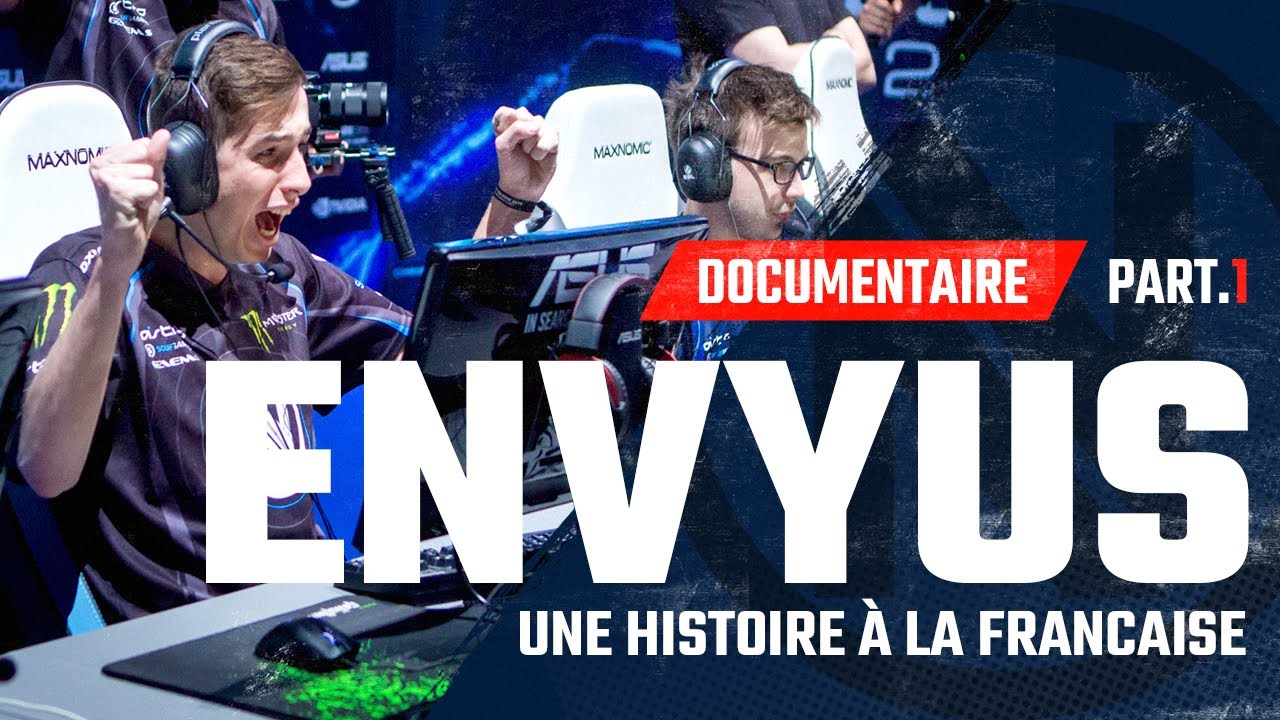