The start of the Dota 2 Pro Circuit season is tantalizingly close, but it’s not quite here. However, hungry Dota fans can sate their appetites with ESL One Hamburg 2019, which kicks off tomorrow. In the last ESL One Dota event of the year, 12 teams will clash in the Barclaycard Arena in Hamburg, Germany, to earn their share of an expected US$300,000 prize pool.

Are you ready for the return of Europe’s largest Dota 2 festival? #ESLOne Hamburg 2019 is going to be bigger and better than ever before! ????

Dive into the world of Dota 2 this October ????https://t.co/IIIsK2r9ib pic.twitter.com/SpDlkmn99q

The event will be graced with a gifted lineup of announcers, including Toby “TobiWan” Dawson, Kyle Freedman, Austin “Capitalist” Walsh” and William “Blitz” Lee, and on-air talent such as Paul “Redeye” Chaloner, Richard “Rich” Campbell and Jake “SirActionSlacks” Kanner. The tournament runs from October 22-27, with a round-robin group stage during the week, and playoff bracket taking place from Friday to Sunday. What’s more, the list of teams competing is stacked, with several top organizations set to attend.

This incredible group of teams hasn’t come together without a few hitches. A plethora of visa issues has meant that original Southeast Asia Qualifiers, Geek Fam, and China Qualifiers, Invictus Gaming, have had to withdraw. They’ve been replaced by Alliance and Wind and Rain respectively, giving this tournament a far more European spread. Visa issues are nothing new to Dota 2 tournaments, but have been compounded by German requirements, which need a flight itinerary and confirmed hotel bookings to be approved.

As previously mentioned, there are some big names in this tournament, with the likes of Virtus.pro, TNC Predator, Vici Gaming, Ninjas in Pyjamas, Team Liquid, beastcoast, Gambit Esport and Alliance touching down in Hamburg. For many of these teams, this will be the first LAN appearance of the new season, and a chance to test the mettle of their lineups.

One interesting story heading into Hamburg is the clash of Team Liquid and Alliance. Or more accurately, “Old Alliance” versus “New Alliance.” After the organization couldn’t agree about their future together, the entire The International 2019 roster for Alliance departed, finding their way to Team Liquid shortly after.

After signing a new roster, centered around former Mineski TI9 core Nikolay “Nikobaby” Nikolov, the new Alliance has been putting on a clinic, cruising through the MDL Chengdu Major Qualifiers, and just yesterday, reverse-sweeping NA standouts Demon Slayers to win DreamLeague Season 12. Team Liquid and Alliance have already met once this season, in the Chengdu Major Qualifiers. Liquid will be hoping for a different result in this tournament.

Top moves in the ESL #Dota2 World Ranking after #DHDL12:

-Winners @theAllianceGG climb to 13th after winning the tournament.
–@NiPGaming (21st) close in on the top 20.
–@TeamLiquid go deeper into the top 10 at 7th.

The four names you might not recognize are Quincy Crew, Vikin.gg, Fighting PandaS and Wind and Rain. Quincy Crew is a group of NA talents who have gathered around Quinn “CCnC” Callahan, initially to compete in the 2018/2019 DPC season. However, the team instead found offers from other NA competitors such as Forward Gaming and Team Singularity. Now the team has returned for a second chance at a DPC run.

Fighting PandaS might be recognizable as the Fighting Pepegas, the unlikely NA team who competed in Midas Mode, before upsetting J.Storm in a pair of qualifiers. The PandaS follow a proud tradition of unserious teams suddenly becoming a serious competitor. A banner previously wielded by NA’s Team Team before their acquisition by beastcoast.

Finally, the pair of Viking-themed teams, Vikin.gg and Wind and Rain, are stocked with (more or less) relative unknowns, who have started making waves in the early DPC season. These teams clashed in qualifiers, with Wind and Rain ultimately on the losing end. Both squads will be looking to prove they deserve to compete with the rest of this tournament’s big names.

ESL One events never fail to entertain. Perhaps because they’re not tied to the rest of the DPC season, teams often feel willing to take risks in picks and try out heroes they may not break out later in the year. There’s also something about ESL One events that makes the fans go absolutely crazy. Expect extra-loud crowds and plenty of chanting.

Match-up-wise, it will be incredibly exciting to see these teams match up on a big stage for the first time this season. CIS teams such as Virtus.pro and Gambit Esports are always a pleasure to watch in the early season, where they seem to perform best. But ultimately, the biggest story is still the aforementioned TL/Alliance clash. With Alliance looking so strong in their initial performances, and Liquid trying to prove that to their former organization that they would have been worth the money, expect the games between these two teams to be heated and hyped clashes.

TNC’s spectacular group stage and playoff run at ESL One Hamburg 2019 ended by lifting the trophy after a grueling five-game grand finals.

TNC Predator dominated the group stage of ESL One Hamburg 2019, dropping only one match out of ten games played. They were the talk of the town with show-stopping plays, precise movements, and undeterred focus. In the playoffs they then went undefeated dropping Alliance and then Gambit in successive 2:0 sweeps to reach the grand finals. No-one doubted their potential and pegged them for the championship team.

But it almost didn’t happen.

Something clicked in Gambit after being dropped to the lower brackets by the SEA team. They were hungry for revenge, they were starving to prove themselves better than a 2:0 sweep under the table.

Meeting again in the grand finals, TNC dismantled Gambit in the first game. In just 22 minutes they tore the CIS team apart and left their gaping wounds bleeding out. A lesser team would have just died out at that point. But Gambit couldn’t let that happen, not after being given a chance to rewrite the history of their last meeting.

In the second game Gambit paid TNC back, trampling all over them and perking up the spectators who had expected an easy and quick title win for TNC. Gambit were all over TNC, not giving them any space to breathe and showing no mercy. Their performance had tied up the series.

After that it was back and forth wins between the two teams. Each team took turns man-handling the other with convincing wins and stellar performances. Once again, it became a tied series and the best-of-five had now become a best-of-one.

Gambit’s draft looked solid but TNC’s Alchemist proved to be much too much to handle and in just under 30 minutes, TNC had locked in the win after controlling the entire game.

Both teams will have a chance to potentially face off against each other in China as they both will be competing at the MDL Chengdu Major in just two weeks. 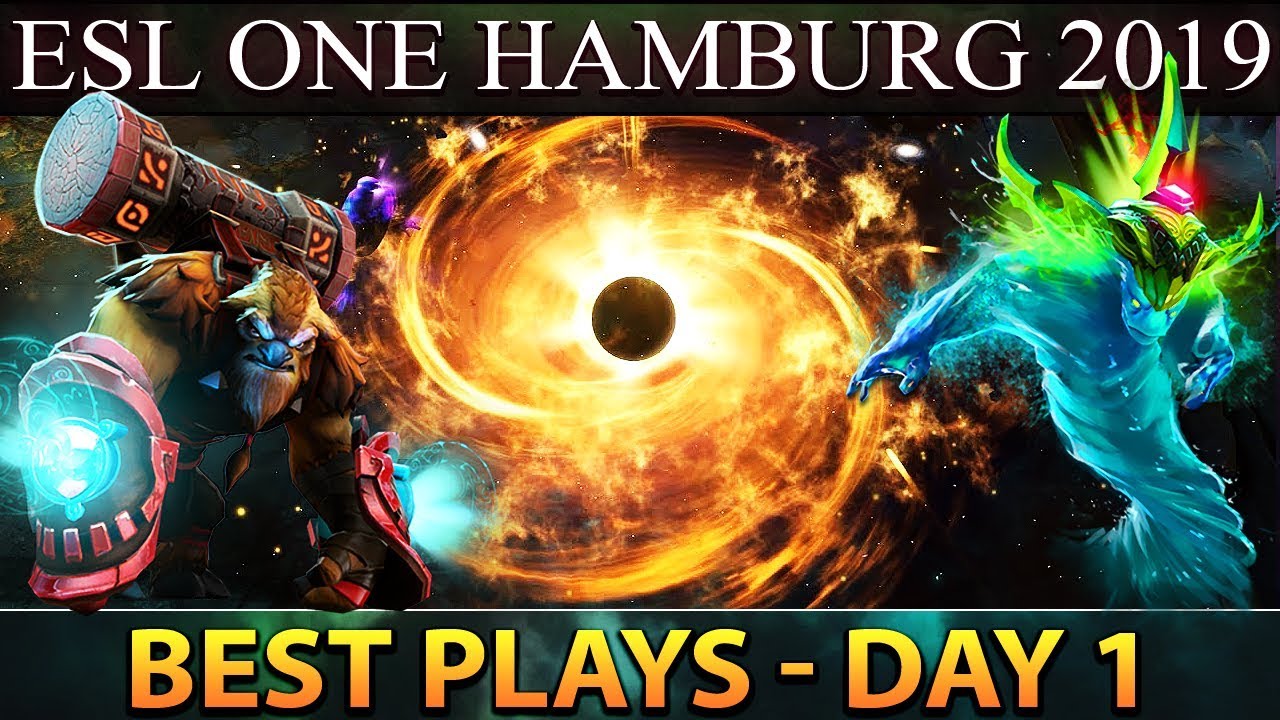 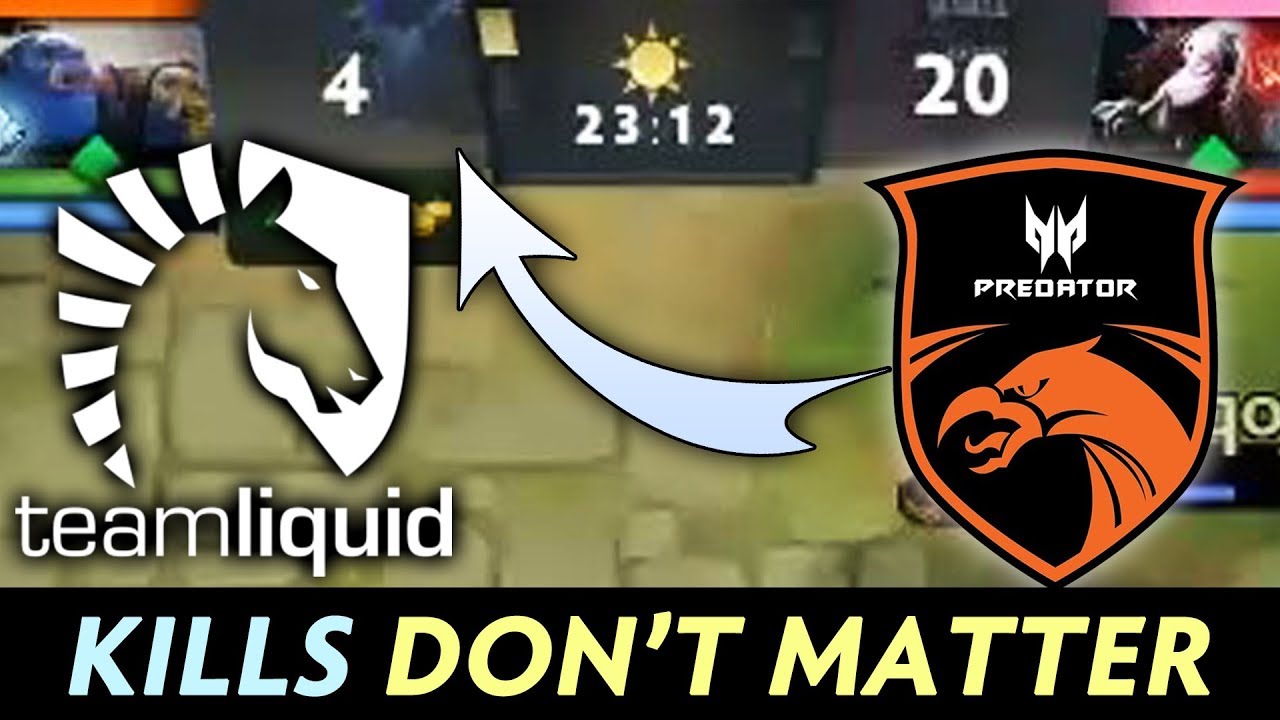 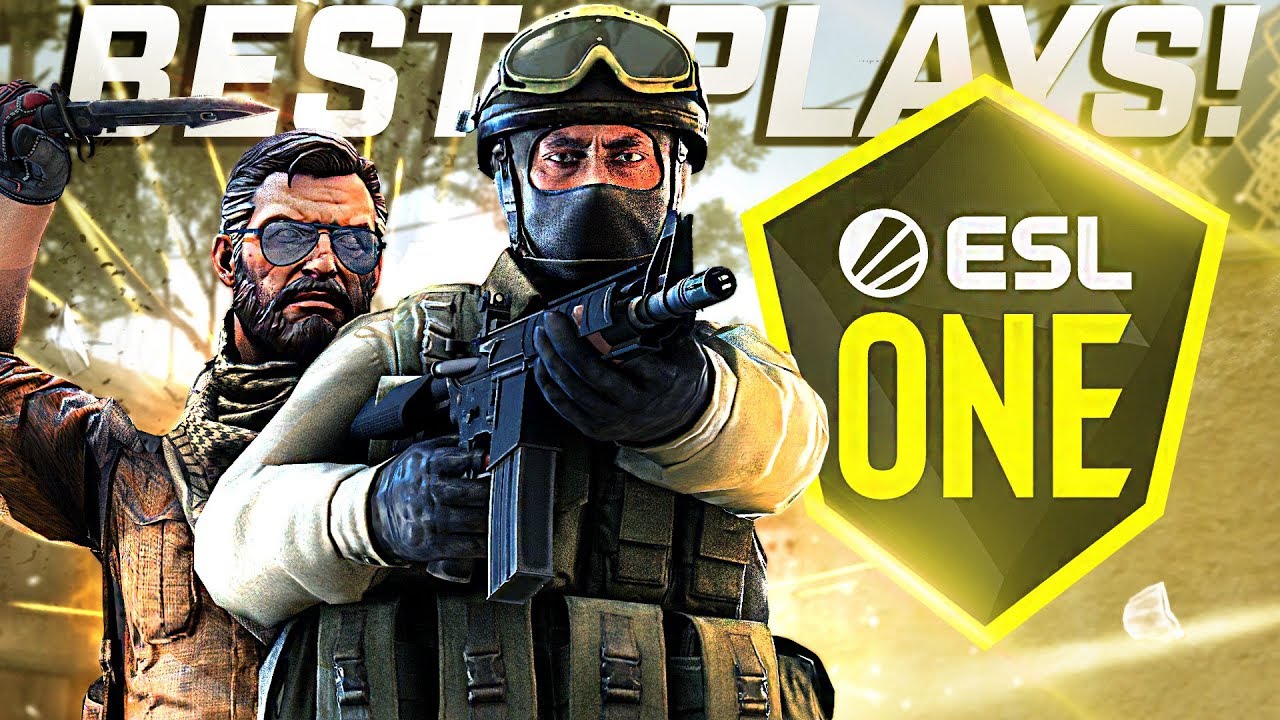 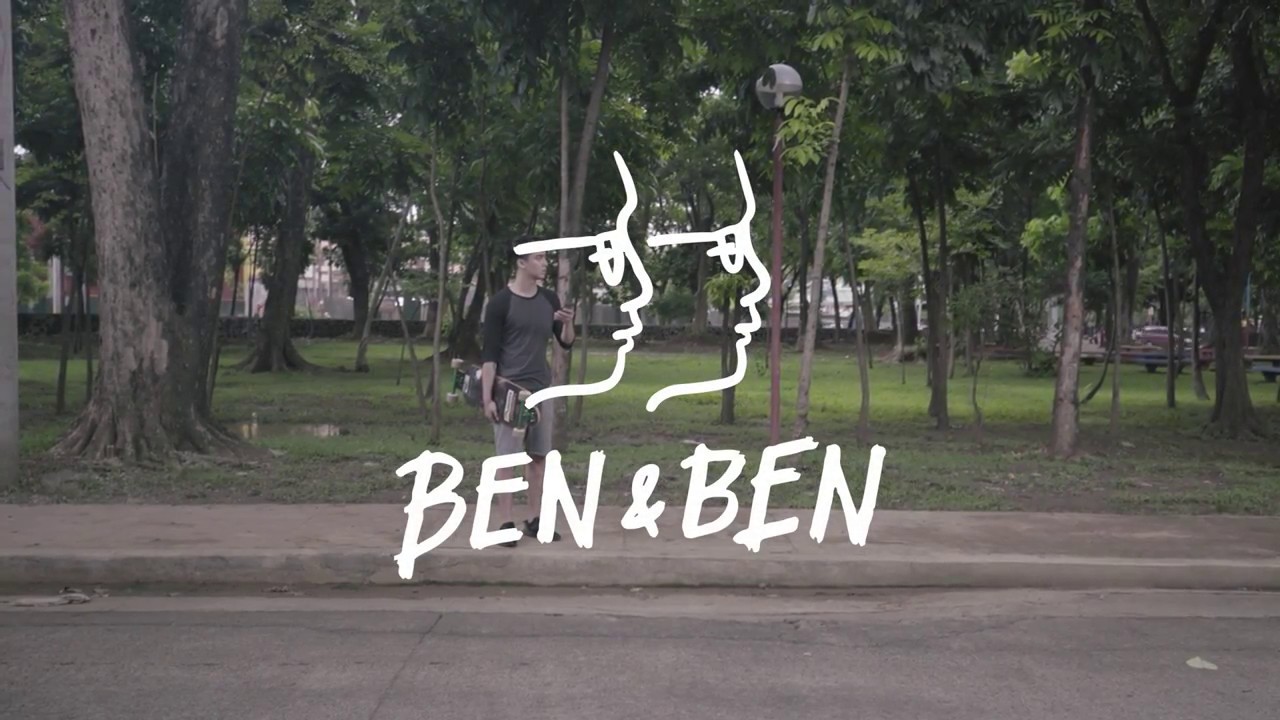 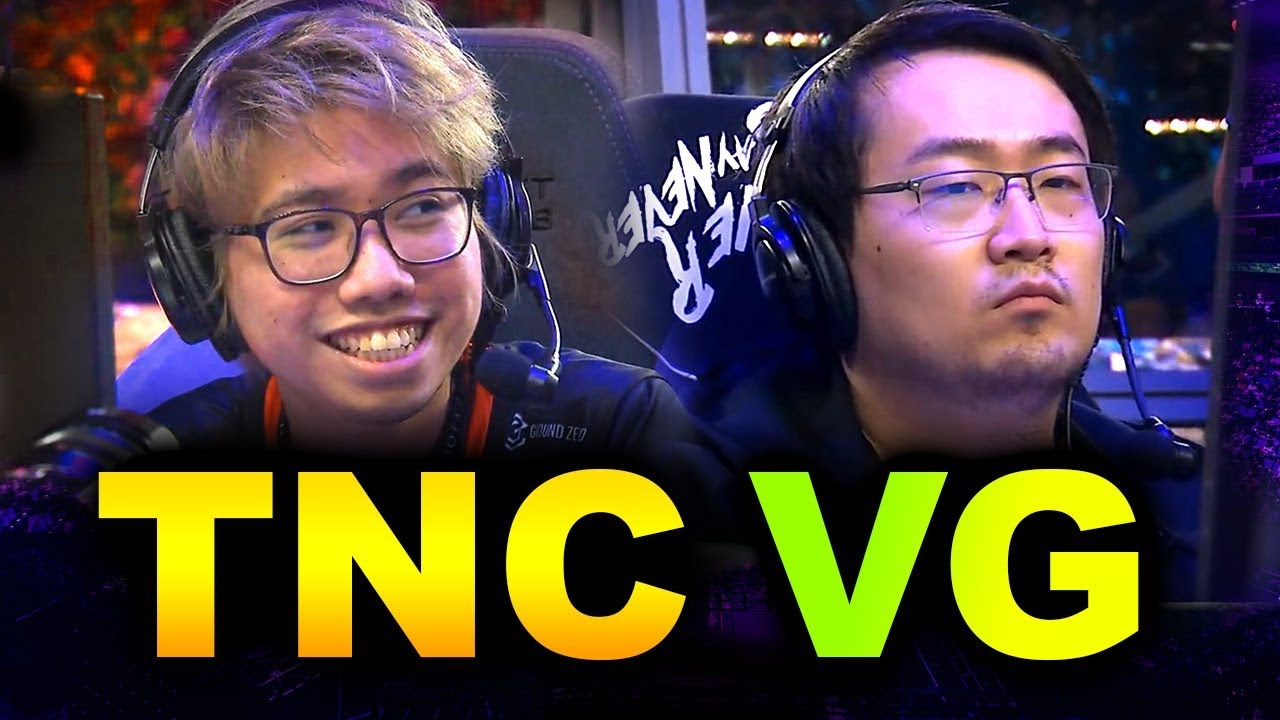