Fans of FNATIC’s Counter-Strike division certainly will want to forget most of 2021. However, as the year comes to an end, it seems that the tides are finally taking a turn as the organization has, seemingly, done the right roster changes.

DreamHack Open November 2021 – the final DreamHack Open event, finished this Sunday, with a best-of-five match between BIG and FNATIC, and the latter took home the lion’s share of the event’s $100.000 prize pool. However, for FNATIC fans, this means much more than just a win – and that’s what we’re going to explore below.

A YEAR TO FORGET

It’s no exaggeration to say that FNATIC just had its worst year in CSGO since 2013. While the division had up and downs over the years, 2021 has been particularly difficult so far. Besides finishing in 2nd place at cs_summit 7, FNATIC’s last Swedish roster at its end was struggling to simply not finish in last place in most events they took part of.

However, roster changes came during this year’s player break. The team added two British players to their squad: Alex “ALEX” McMeekin, as FNATIC’s new in-game leader, and William “mezii” Merriman. The latter had already built himself a reputation as one of the best players from English Counter-Strike, and his addition to FNATIC was essential to give the team more firepower.

Initially, the team did well. The squad managed to survive one of the most difficult groups in ESL Pro League Season XIV. During that event, FNC’s new additions performed well – especially mezii – but at the same time, some noticed that more changes would’ve to be made before FNATIC became a contender once again.

Unfortunately for that FNC roster, EPL Season 14 was their only good performance. In IEM Fall 2021, FNATIC bombed out of the event’s group stage. That meant that team would miss the PGL Major Stockholm – the most important event of the year.

After IEM Fall 2021, it was clear that FNC wasn’t done with roster moves. Jack “Jackinho” Ström Mattsson simply wasn’t working out in the AWPer role. The Swede had some promising showings, but he also seriously disappointed and left FNC hanging at times when the team needed a strong AWPer.

After IEM Fall 2021, FNATIC started trying out options to replace Jackinho. Owen “smooya” Butterfield was the first one, and with him, FNC looked like an entire new team. He played for the team in the IEM Winter Open Qualifier, and managed to get into the Closed Qualifier with him.

However, FNATIC decided to also give Iulian “regali” Harjău, FNATIC Rising’s AWPer, a chance. Unfortunately, regali didn’t perform as well in his only match with the team. After that quick shot, it didn’t take long before FNC announced that smooya would be signed on a three-month trial basis just before the closed qualifier for IEM Winter started.

It was definitely incredible to see how FNATIC changed with smooya. Ludvig “Brollan” Brolin and mezii both have been impacted by smooya’s competence on the AWP. Brollan especially has been doing much better. Furthermore, it seems that ALEX has more freedom to experiment and do some risk strategies. Particularly, the team seems to be very confident in its T-side, and FNC’s map pool is looking much better with smooya taking the AWP.

THE FIRST TOURNAMENT AS AN ENGLISH TEAM

DreamHack Open November, the final DreamHack Open event, was the first tournament that FNC attended as a mostly English team. After what the team had shown in the past weeks, expectations were reasonably high. Still, some fans were cautious – and rightly so, after all, it was the first event for this roster. Furthermore, with teams like BIG, ENCE and MOUZ, FNC wouldn’t have an easy way to the trophy. At least they weren’t supposed to.

However, from the get-go ALEX and his squad looked strong. In the group stage, FNC defeated both Spirit and ENCE without dropping a map. Then, in the playoffs, MAD Lions almost took a map, but the orange brand managed to comeback in the first map of their series. In the second map, FNATIC made sure to close the series before MAD Lions had their own chance of a comeback.

Finally, at the grand-final, smooya reencountered his old teammates from his time with BIG. Unfortunately for the Germans, smooya wasn’t interested in a long reunion. Along with Brollan, smooya shutdown BIG stars. Then, with ALEX tactics keeping BIG at bay across the entire series, the end result couldn’t be different. FNATIC won their best-of-five encounter against BIG, and took home the trophy as well as $50.000. To make matters better, FNC didn’t drop a single map across the entire event.

A BETTER YEAR UP AHEAD

If there’s one detail we learned from FNATIC’s performance at DreamHack Open 47, is that this team is looking strong – and this isn’t about individual performances only. While everyone on this squad have been performing well since smooya joined, there’s more to their success so far than firepower alone. ALEX’ setups and tactics have been working, and their undefeated status so far proves it.

Now, it’s not like FNATIC has fully proved themselves. They certainly impressed in DHO November, but that is not enough. If FNATIC want to climb the ranks – and get among the best in the world – they will have to play, and win more. Fortunately for them, they will be busy from now until December.

In just a bit, ALEX and the boys will enter the server to play against SAW in REPUBLEAGUE TIPOS Season 2. Then, in early December, it will be time for the squad to head to their first LAN event together as IEM Winter starts on December 2nd.

These two events will be crucial for this lineup. Starting 2022 with their heads held right is everything FNATIC needs right now, and performing well in both events is essential for that. If DreamHack Open November is anything to go by, they should be able to do so, but many thought the same after ESL Pro League Season XIV. And we know how that went.

Still, there’s a difference between now and ESL Pro League Season XIV. Back then, FNATIC didn’t look as confident as they are now. Jackinho still caused many to doubt this squad, while smooya has proven time after time that as far as skill goes, he deserves a shot among the best. With Brollan, KRIMZ and mezii finally having a strong AWPer backing them up, the sky is the limit for this roster.

FNATIC’s English roster won their first event in the final DreamHack Open. As recently announced by ESL, the company will be rebranding these events to “ESL Challenger” from now onwards.

The reason for that is clear. The pandemic definitely hit the DreamHack Open as a brand, since these events were more than just esports tournaments, and included BYOC competitions and more that weren’t possible in an online environment.

So, this makes up for the perfect time to rebrand. Unfortunately, though, while the spirit might be there, many memories, especially from those who used to attend these events will still be linked to the DreamHack Open banner.

MORE ON THE WAY

DreamHack Open November might be over, but CSGO never stops. Just later this week, Gambit, Movistar Riders and six other teams will be playing in Budapest at the V4 Future Sports Festival. Later on, it’ll be time for the BLAST Fall Final in Copenhagen.

So, if you don’t want to miss a beat, make sure you follow us here!

My name is Marcos, I have been following the CSGO pro scene since 2015 but really got into in following games and pro teams in 2016. Used to bet a lot, stopped a bit but never stopped following the esports scene. I’m a student right now so I got a lot of time to keep with it and discover new things.

The Swedish-English side didn’t lose a single map on their way to the final, and then swept the Germans 3-0 in a Bo5 Final to take the title home.

After a year and a half of underwhelming results during the Coronavirus pandemic, things are finally looking up for fnatic. The 3 time Major winning org, parted ways with ‘flusha’ first, to add ‘Jackinho’. Then they also benched veteran ‘JW’  and ‘Golden’ to add ‘ALEX’ and ‘mezii’, the ex-Cloud9 duo. They then signed ‘smooya’, placing their trust in him after his shock benching/stepping down from BIG right before the Katowice 2019 Major saw him out of any tier 1 teams for 2.5 years.

The British core of a new look fnatic has been on the up ever since, first qualifying for IEM Winter with him and now winning DreamHack Open November with a flawless run.

‘Brollan’ found his 2019 groove again as he was awarded the MVP for the event with a 1.40 rating across 9 maps. Smooya and mezii too had ratings of 1.27 and 1.23 to help their side secure the title, their first win at an event that wasn’t a qualifier in 19 months.

In the final fnatic annihilated BIG on Inferno, winning 16-3 with a tremendous showing on the T side with 12 rounds. BIG couldnt do anything and succumbed to a defeat easily.

Vertigo was a close call, with both sides showing good defenses, as fnatic posted 10 on theirs. BIG retaliated with a stellar showing as well and the score was even at 12-12 at one point, but the Swede-English team pulled through to win 16-12.

Ancient was even  closer, with the closest score line of 8-7 at the half in favour of BIG. fnatic then showed their masterclass on the CT side, playing their second official on the map EVER, no one expected this out of them. ‘tabseN’s men couldn’t do much on the T side as they got only 2 rounds as fnatic won the map 16-10 with ease. Brollan had 25 kills and a 1.82 rating on the last map to keep it sailing smoothly for his side.

It was only fitting that the team which won the FIRST DreamHack Open event in CS:GO would win the last one as well. After the takeover of DH by ESL, DH Open events would be renamed to ESL Challengers, and teams would compete in the tournament under

.@FNATIC ARE YOUR #DHO47 CHAMPIONS! 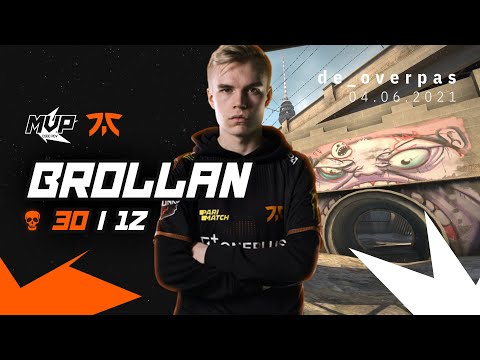 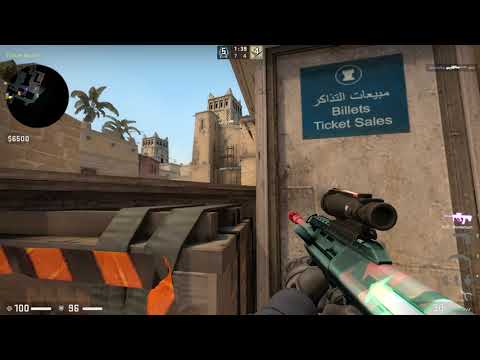