Moreover, this coldness wasn’t quite like ordinary coldness. When the cold air was being blown to one’s skin, one would feel that the whole body skin became stiff.

“I never think that there was a hidden tunnel inside this cave. The entrance was sealed by someone, perhaps there is something hidden within?” Ye Xinghe pondered for a while, asked, “Should we take a look inside?”

Xia Yuning and An Xueyun looked at each other, they somewhat dreaded this cave in their heart, this strange cavern, was it really hiding something inside?

“Let’s take a look, but we can’t be careless. If something isn’t right, we’ll leave immediately!” Xia Yuning said after careful consideration. She started to stepped on the uneven stone floor, walking towards inside.

Ye Xinghe was supporting the arm of An Xueyun, walked behind Xia Yuning.

As they walked dozens meters into the hidden tunnel, the chilling air became even more freezing, but Ye Xinghe continuously gave Star power to An Xueyun, made her not feeling the coldness of the cave.

She was obviously a 4th Heavenly layer Flame Martial Artist, but actually continuously needed Ye Xinghe’s help, this made her feel useless and sorry for Ye Xinghe.

Felt the chilling wind, Xia Yuning shivered, at once turned her head to look at Ye Xinghe, saw that Ye Xinghe was holding An Xueyun’s hand cautiously, while transferring Star power to maintain An Xueyun’s body warmth. This scene, why did not know, made Xia Yuning’s heart feel discontented.

Ye Xinghe wished to keep An Xueyun’s body warmth in control, but don’t he concerned at all to this lady, that was exploring the tunnel in front, and had been trembling and freezing for a while now?

“Ye Xinghe, you should stop favoring one of us and discriminating the other! I’m the one in front, and shielding you two from most of the cold wind. I’m feeling so cold right now, I could turn into popsicle!” Xia Yuning halt her steps, then being indignantly said, “Hurry up, channel some Star Power to me!”

“Huh?” Ye Xinghe was startled, he could help one person to warm up, but now he should also help Xia Yuning warm up? That means the Star Power from him one person, being channeled into two persons! even if he thought that, he still couldn’t help it, so he extended his right hand to Xia Yuning, then said “All right, here it is!”

An Xueyun opened her eyes widely in surprise, she knew Xia Yuning’s disposition, that the latter wouldn’t getting close to any man she ever met. But now, she unexpectedly took initiatives to pull Ye Xinghe’s hand, this was too far from her imagination!

Last night, what actually happened that she missed completely?

However, when she saw Ye Xinghe and Xia Yuning’s relationship became improved, An Xueyun became happy, after all she never hope that Xia Yuning would keep her distance from Ye Xinghe. If Ye Xinghe became Xia Yuning’s friend, and obtained protection from Xia Yuning, when he went back from this disastrous trip, he wouldn’t keep getting troubled by Liang Yu.

Although she though like this, but deep inside her heart, she slightly felt sour. Why am I like this? She didn’t understand herself.

Three people together had passed through the long and narrow tunnel. Suddenly the tunnel widened, and the cavern unexpectedly became brighter.

This was a wide part of the cavern, almost like a hall, with an area of dozens meters space, the cavern wall inside was covered entirely by cold ice crystal everywhere. Light beams, with their source unknown, was everywhere, made the interior of this wide space filled with seven-colored rays of light, the brilliance was too beautiful to behold.

In the center of this wide space, an icy pond was there in silence, without much of a single ripple. This icy pond was sending out faint trace of chilling air to surrounding area.

Above this icy pond, there was a mysterious thing floating in the air, there was faint trace of cold air that was visible with naked eye lingered on that thing, made that mysterious thing looked like mounting the cloud and riding the mist, only partly visible to the mortal’s eyes.

“What is that?” An Xueyun asked in doubt. Since the cold mist was covered the air above the icy pond, she couldn’t see that thing clearly, and could only see a long outline of the thing indistinctly.

Xia Yuning also knitted her brow, her face revealed a serious and vigilant look. Because that thing was revolved  unceasingly, almost like dancing in the air, likely it was some living thing, therefore she felt the danger, because in this ice-cold space, her battle efficiency was weakened at least by 50%.

Ye Xinghe shouted lowly, golden light covered both his eyes. [Star Eyes], made him able to saw clearly the appearance of the thing that was hidden by the cold mist.

That was not any living thing!

That was a [Heaven’s Halberd]!

The halberd’s whole body was covered by glittering and translucent carving, appeared really magnificent, the length was approximately two meters, with an overbearing aura that was hard to describe with words.

It kept revolving in the mist, the gesture was graceful, just like an angry dragon that went to the sea.

“There’s no need to be afraid, that is not a monster. If I’m not mistaken, that was a [Heaven’s Halberd]!” as Ye Xinghe felt that Xia Yuning and An Xueyun grab his hand anxiously, he explained to them.

“[Heaven’s Halberd]? Why would it be there?” Xia Yuning asked with amazement. “Can you take it?”

“I can try! You stay here first, pays attention to maintain your body warmth, I will go to take it!” Ye Xinghe said.

“Xinghe, be careful!” An Xueyun reminded him, there was a sound of worry in her voice.

“Relax, there should be no danger!” Ye Xinghe smiled, after letting go of the hand of An Xueyun and Xia Yuning, he jumped to plunder the [Heaven’s Halberd].

As he was getting nearer to the [Heaven’s Halberd], he felt that the biting cold in the air was also getting colder, facing this increasingly colder air heads on, Ye Xinghe knit his eyebrows slightly, immediately he circulated more Star Power to resist the cold, made the chilliness in the air reduced significantly. As he circulating his Star Power, he kept his speed to grasp toward the [Heaven’s Halberd].

Saw that Ye Xinghe jumped straight into the middle of the cold mist, the heart of An Xueyun and Xia Yuning couldn’t help being tightened.

“It’s really cold!” An Xueyun trembled, without Ye Xinghe’s Star Power, she immediately felt the actual coldness of the cavern, this grade of coldness, wasn’t something she can endure.

Xia Yuning also felt that her whole body freeze in the coldness of the cavern.

This grade of terrifying coldness, feared that even 6th-7th Heavenly Layer Realm Expert would get frozen to death in less than a double-hour here! They really didn’t know how Ye Xinghe could resist such terrifying coldness for such a long time.

As Ye Xinghe held that [Heaven’s Halberd], at this moment, terrifying cold was transmitted into his right hand from the halberd rapidly, instantaneously freeze his fingers, then his whole arm, and finally even half his body was covered by ice crystal.

This grade of coldness, was really dreadful!

Ye Xinghe was greatly surprised, if things continued this way, feared that soon he will become a frozen ice sculpture!

In his dantian, could be heard some remotely ancient sound, quietly reciting the ancient law Secret Art.

The fearful cold air was expelled from his body, Ye Xinghe also shouted lowly, the ice crystal that covered half his body started to fall apart. He kept gripping the [Heaven’s Halberd] stubbornly, poured Star Power unceasingly into it.

[Heaven’s Halberd] in Ye Xinghe’s hand kept trembling, looked like an angry dragon that was going to the sea, wanted to loosened itself from the hand of Ye Xinghe. 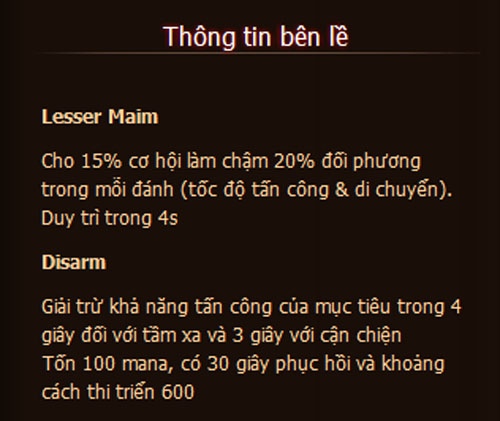 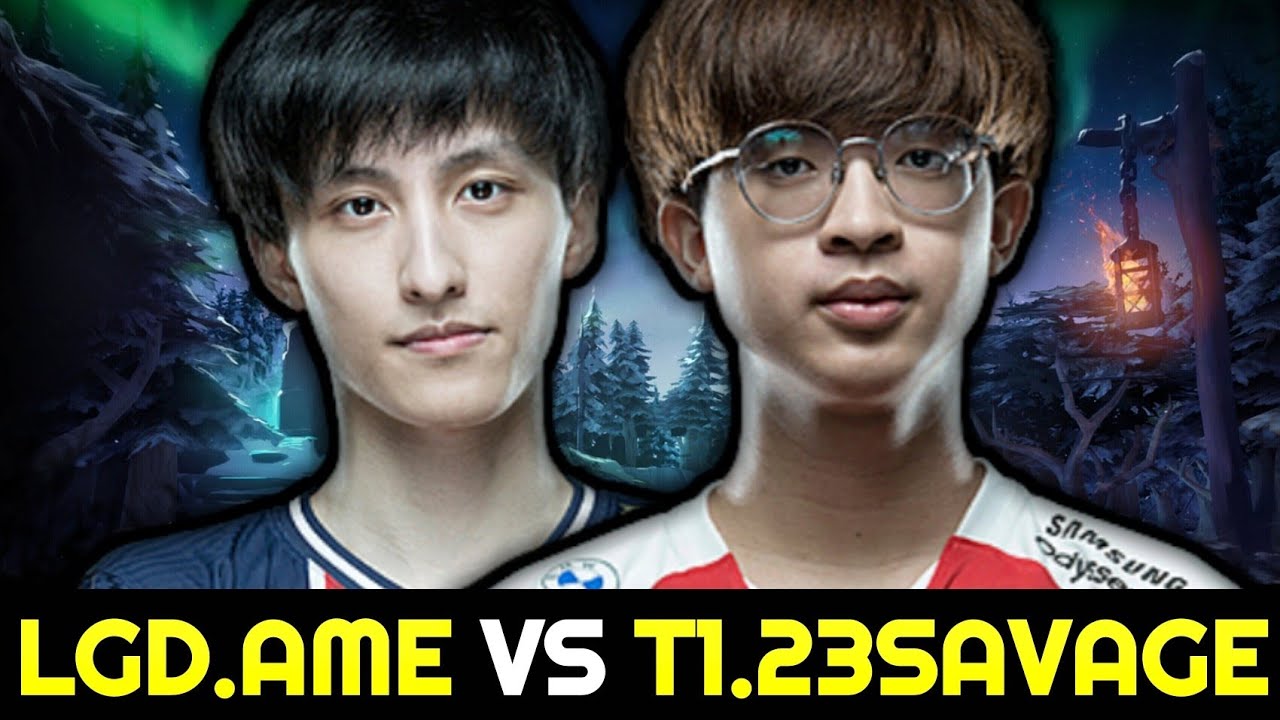 Heaven’s Halberd is a niche item for supports, but it can be very strong when the enemy is primarily physical right click. It’s almost never a first purchase item, but it can be if you are a hero with a very flexible item build.
Timestamps
0:25 Heaven Halberd breakdown
8:15 Hero breakdown
Follow me at:
Twitch https://www.twitch.tv/zquixotix
Discord https://discord.gg/9Xxuba6
Twitter https://twitter.com/zquixotix 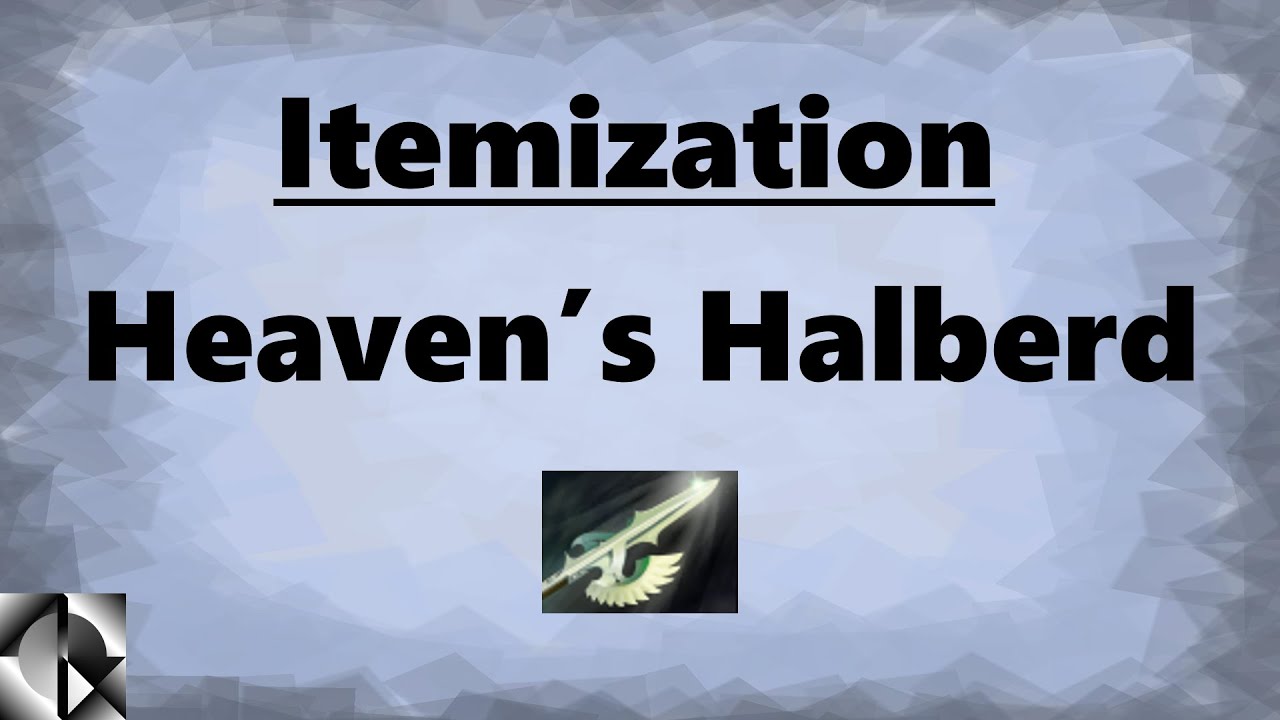 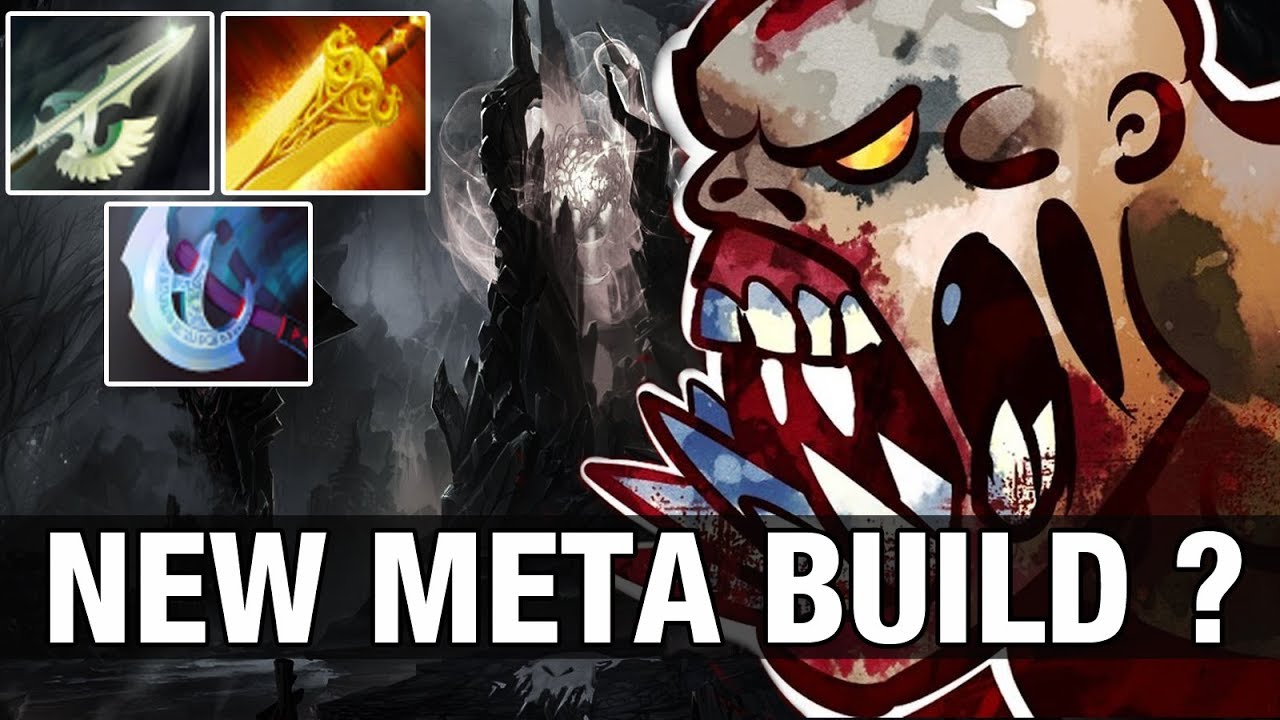 Welcome to BLINK DAGGER! Dota​​​​​​​​​​​​​​​​​​​​​​​​​​​​​​​​ Dota2​​​​​​​​​​​​​​​​​​​​​​​​​​​​​​​​ Gameplay​​​​​​​​​​​​​​​​​​​​​​​​​​​​​​​​
We upload the best Dota 2 gameplays on youtube. If you’re looking to learn from the best dota 2 players in the world through their perspective, then you’re on the right track.
SUMAIL : https://liquipedia.net/dota2/SumaiL​​…
Learn about Dota 2:
According to wikipedia.org, \”Dota 2 is a multiplayer online battle arena (MOBA) video game developed and published by Valve. The game is a sequel to Defense of the Ancients (DotA), which was a communitycreated mod for Blizzard Entertainment’s Warcraft III: Reign of Chaos and its expansion pack, The Frozen Throne. Dota 2 is played in matches between two teams of five players, with each team occupying and defending their own separate base on the map. Each of the ten players independently controls a powerful character, known as a \”hero\”, who all have unique abilities and differing styles of play. During a match, players collect experience points and items for their heroes to successfully defeat the opposing team’s heroes in player versus player combat. A team wins by being the first to destroy the other team’s \”Ancient\”, a large structure located. 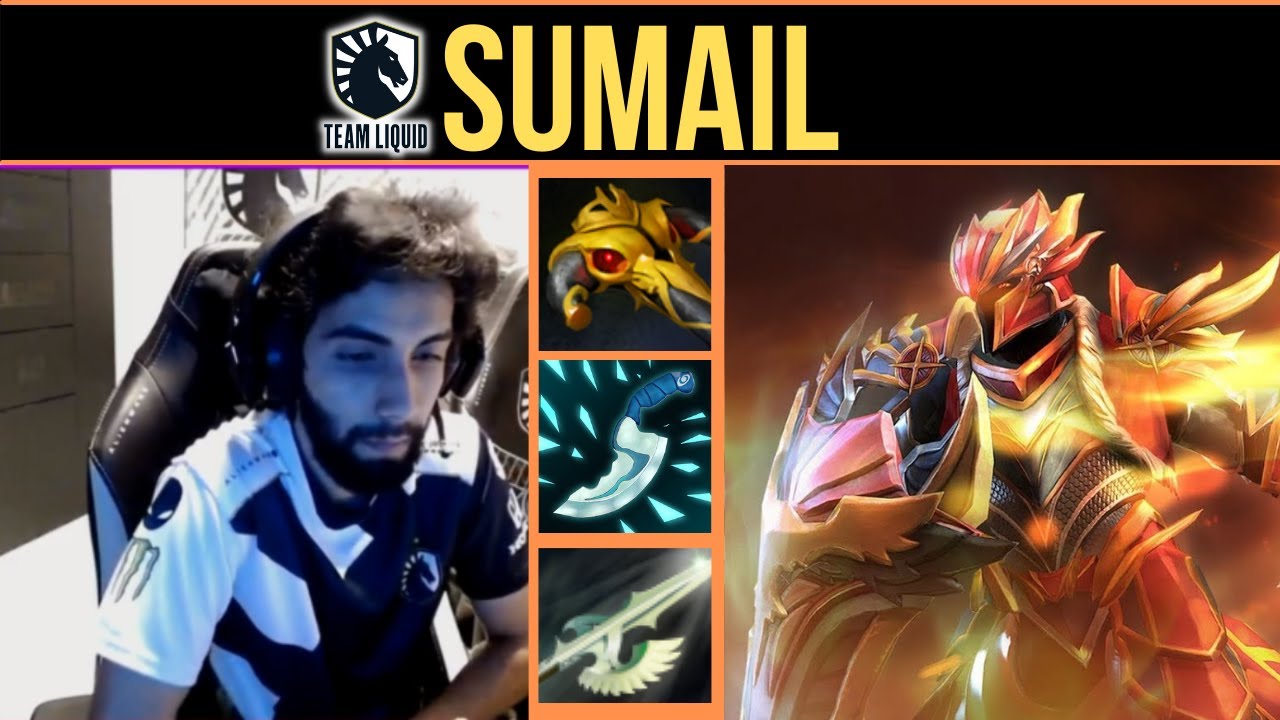 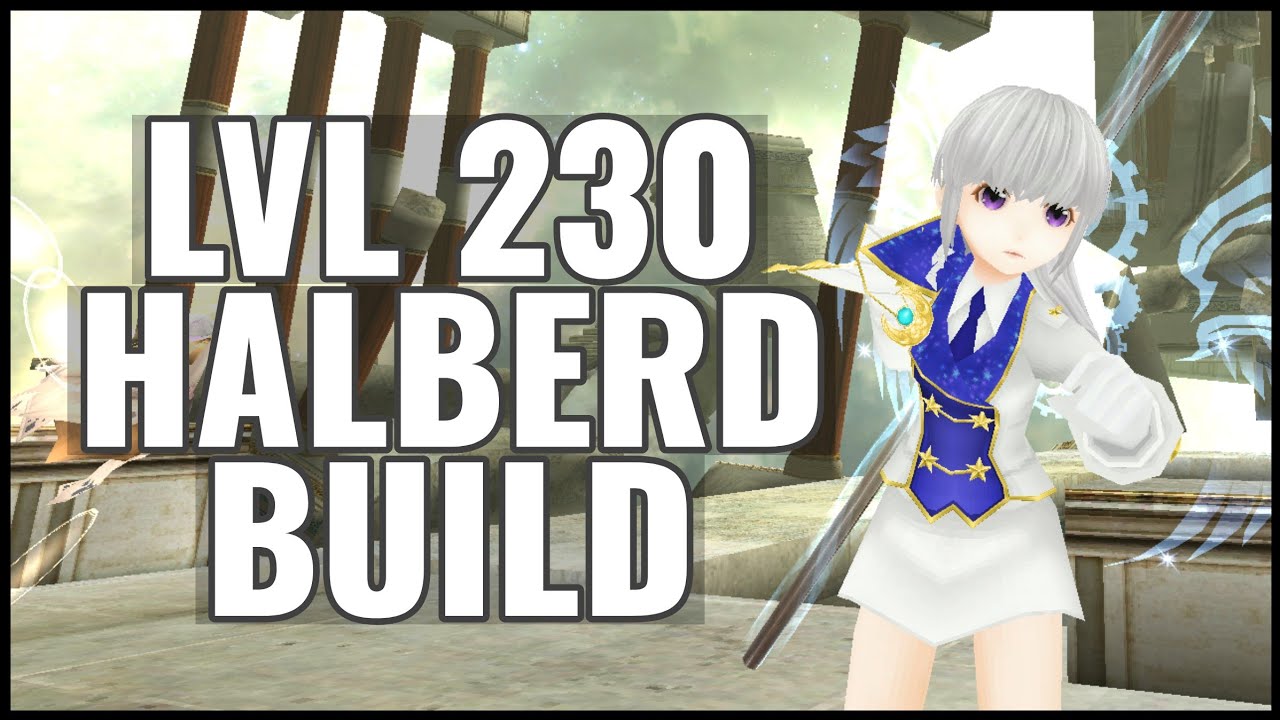