FROM THE STYGIAN PIT, THE STEALER OF SOULS IS REBORN.

Shadow Fiend earns a frightful new look in Dota 2, ready as ever to let you turn the souls of the fallen against your enemies. Teach your foes the meaning of dread as you raze their forces to the ground. See them cower as your very presence eats away the defenses of those who dare come near. Feel your power and threat grow as you claim more and more souls, until at last you release your hoard in a terrifying explosion. All shall fear the Shadow Fiend, or be made into fuel for his victory.

Fountain area is now at a higher elevation level

Two runes now spawn in the river every two minutes. One of them will always be a Bounty Rune

In Captain’s Mode, the 3rd ban phase order is swapped

Reworked how All Pick works in Ranked Matchmaking

Aegis duration decreased from 6 minutes to 5

Roshan’s Slam area of effect increased from 250 to 350

Centaur Conqueror’s Swiftness Aura has been moved to Hellbear Smasher

Hellbear Attack Time increased from 1.35 to 1.5

Satyr Banisher Base Attack Time improved from 1.8 to 1.7

Base strength increased from 20 to 22

Counter Helix chance to activate increased from 17% to 20%

Primal Roar side knockback radius increased from 250 to 300

Primal Roar side push duration increased from 0.4 to 0.6

Thirst movement and damage bonuses are now proportional to how low the enemy’s health is [?]

Whenever Broodmother is taken out of Spin Web’s free pathing, she destroys nearby trees

Stampede mana cost increased from 80 to 100

Phantasm Illusion duration increased from 24 to 34

Penitence duration rebalanced from 7 to 5/6/7/8

Penitence cast range increased from 600 to 800

Searing Arrows is no longer an Attack Modifier

Exorcism cooldown increased from 115 to 135

Boulder Smash point targeting now knocks back the closest Remnant (within 200 area of effect) in the direction selected [?]

Geomagnetic Grip pull speed on allies reduced from 1000 to 600

Fixed Stone Remnants not appearing in fog of war

Magnetize search radius increased from 300 to 400

Magnetized Stone Remnants disappear after 8 seconds instead of 5

Fissure no longer has unit targeting

Fissure is no longer blocked by Linken’s Sphere

Added Aghanim’s Scepter: Causes units that are pulled in by Earth Splitter to be disarmed in addition to being slowed. Slow/disarm duration increased from 3/4/5 to 4/5/6.

Base movement speed increased from 310 to 315

Midnight Pulse cooldown increased from 25 to 35

Chronosphere area of effect reduced from 450 to 425

Chronosphere’s effects no longer linger for an extra 0.5 seconds (like normal auras do) at the end of its duration

Tornado damage from 2*Wex+Quas to 3*Wex

Blinding Light knockback distance from 250 to 400

Shapeshift speed increased from 522 to 650

Empower is no longer removed by Spell Immunity

Base HP regeneration increased from 0.25 to 2.5

Multicast spread interval increased from 0.3 to 0.4 (affects Ignite and Fireblast)

Base armor increased by 1

Purification damage area of effect increased from 240 to 260

Blur minimap hide now has the opposite effect, and is active when no enemies are near

Base Agility increased from 23 to 29

Base Strength increased from 18 to 21

Phantom Rush: a passive basic ability for Phantom Lancer, or his illusions, to quickly close the distance to an enemy

Juxtapose: now his Ultimate, and allows both Phantom Lancer and his illusions to create more illusions

Added Aghanim’s Scepter: Allows Phoenix to cast Supernova on an allied hero, bringing both into the Sun to be reborn together. This does not refresh either hero’s ultimate. 500 cast range. If the Sun is destroyed, both heroes will die.

Life Drain can now be targeted on allies, allowing Pugna to drain his own life into them

Sonic Wave final area of effect increased from 300 to 450

Eye of the Storm no longer lingers through aegis reincarnation

Base damage reduced by 10

Base HP regeneration reduced from 1.5 to the default 0.25

Blink Strike is now an Ultimate and can target Spell Immune

Requiem of Souls slow increased from 20% to 25%

Mystic Flare damage is now dealt over 2.2 seconds instead of 2 seconds

Slark is no longer visible inside Chronosphere during Shadow Dance

Shrapnel area of effect increased from 400 to 450

Charge of Darkness cooldown reduced from 35 to 12

Charge of Darkness cooldown is now triggered when Charge hits its target or is cancelled, instead of when cast

Empowering Haste can now be cast to improve the Aura by 50% for 6 seconds. 20 second cooldown. After it is used, the aura is 50% weaker while the ability is on cooldown. [?]

Remote Mine duration increased from 8 to 10 minutes

Batrider in Firefly, Visage’s Familiars, Beastmaster’s Hawk, and Flying Couriers no longer trigger or get hurt by Land Mines

March of the Machines no longer affects Spell Immune units [?]

Added Aghanim’s Scepter: Grants a new ability, Eyes in the Forest, which allows Treant to enchant trees to spy on his enemies and expand the area Overgrowth affects.

Ice Shards no longer stops when it hits a hero

Snowball bonus speed per hero increased from 75 to 100

Allies can now click in the snowball to jump into it

Aghanim’s Scepter Flesh Golem damage amplification increased by 5% at all levels, both min and max [?]

Flesh Golem slow aura increased from 9% to variable from 5% to 15%, based on distance to Undying (same mechanic as the damage amplification)

Corrosive Skin now only affects enemies within 1400 area of effect

Familiar Stone Form cooldown from 30 to 26

Fatal Bonds now shares the same damage type that is dealt to it, before it is reduced [?]

Fatal Bonds damage percentage from 20% to 25%

Golem attack range increased from 100 to 225

Golem Immolation area of effect increased from 250 to 300

Shackleshot max latch distance from 525 to 575

Maledict area of effect increased from 165 to 180

Reincarnation mana cost increased from 140 to 160

Avatar spell immunity duration and cooldown are now tied to the hero, instead of the item [?]

Minimum immunity duration increased from 4 to 5

No longer grants +10 damage (other bonuses stay the same)

Teleport cooldown reduced from 60 to 50

Butterfly now has an active ability, Flutter, which can be cast to trade Butterfly’s evasion for a 20% movement speed bonus for 8 seconds. 35 second cooldown. [?]

New Item that is formed from Vanguard and Buckler

Feedback rebalanced from 20/36 to a constant 25

Ether Blast now has a projectile [?]

Base movement speed increased from 350 to 430

HP regeneration increased from 8 to 9 (to match its components)

HP regeneration increased from 8 to 9 (to match its components)

Reset Cooldowns cooldown increased from 160 to 185

Armor increased from 2 to 3

True Sight area of effect increased from 800 to 850

A few abilities and damage type mechanics have been reworked. There are now three primary damage types and a Spell Immunity Piercing status with each. Each ability now carries a notation in the tooltip indicating these.

The three damage types are Physical, Magical and Pure.

Magic Immunity has now been renamed to Spell Immunity. Spell Immunity only defines if Spells interact with it, not how damage itself is handled. This means that on its own Spell Immunity status does not reduce any damage.

In the vast majority of cases, the interactions are still the same, however an example of a case that would be different is if an ability has both Spell Immunity exception and has Pure damage type. Previously the damage would not have any impact, however now it does.

Ability Tooltips now have these fields:

If the Damage Type is not Magical it will be colored differently to make it easier to notice. The same is true in cases where Pierces Spell Immunity is Yes.

There have been a few abilities rebalanced with these mechanics in mind. In some cases the intent is to maintain similar balance, in other cases as an adjustment to their balance.

Heartstopper Aura is now negative regeneration instead of HP Removal [?]

Fatal Bonds now shares the same damage type that is dealt into it, before it is reduced [?]

Fatal Bonds damage percentage from 20% to 25%

Changed from HP Removal to Pure

2) HP Removal: This is no longer considered a Damage Type, and its remaining uses are as an alternative cost to Mana for spells to use (Sunray, Burning Spears) or as functional HP modifications (Armlet, Sunder, etc). These are now considered usage costs in the game and are never lethal.

When the courier receives a deliver order it will now morph into the courier of the player that requested delivery [?]

Alt-Click the clock to print the current game time

(All) Good game – Counts as calling GG in an official game

(All) Good game, well played – Counts as calling GG in an official game

What should I buy?

Destroy the tower, then get back

Destroy the barracks, then get back 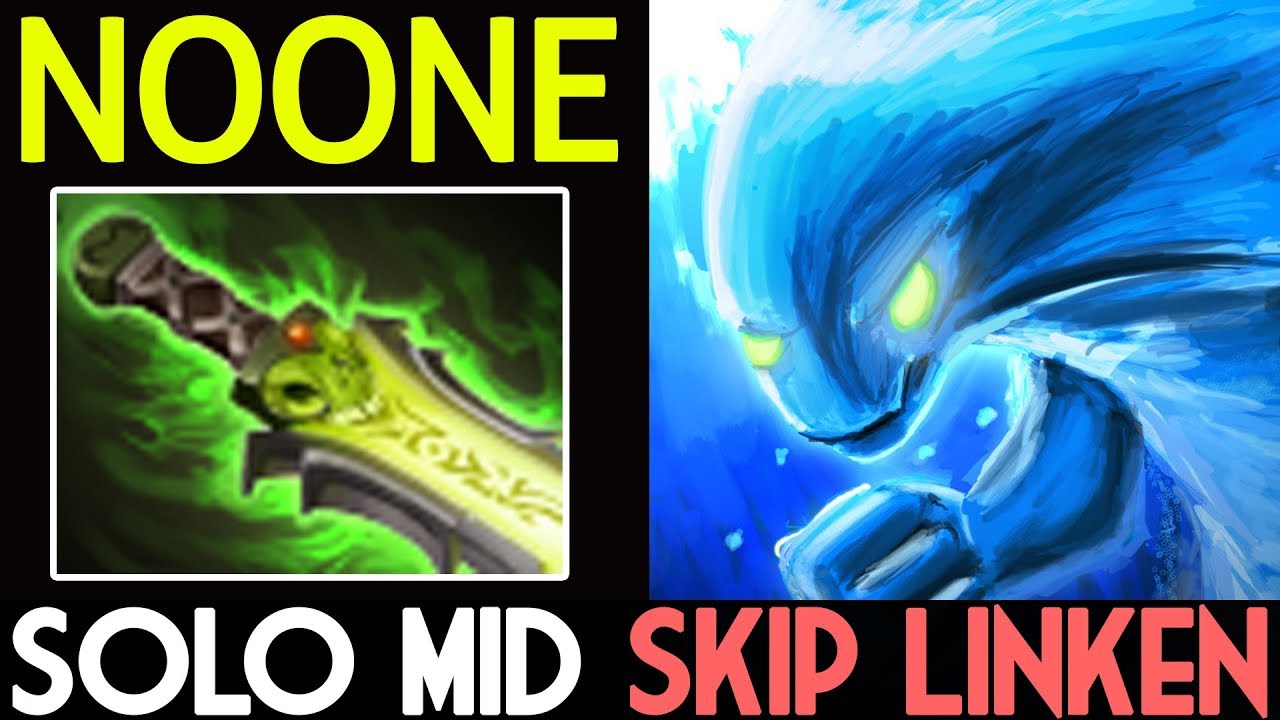 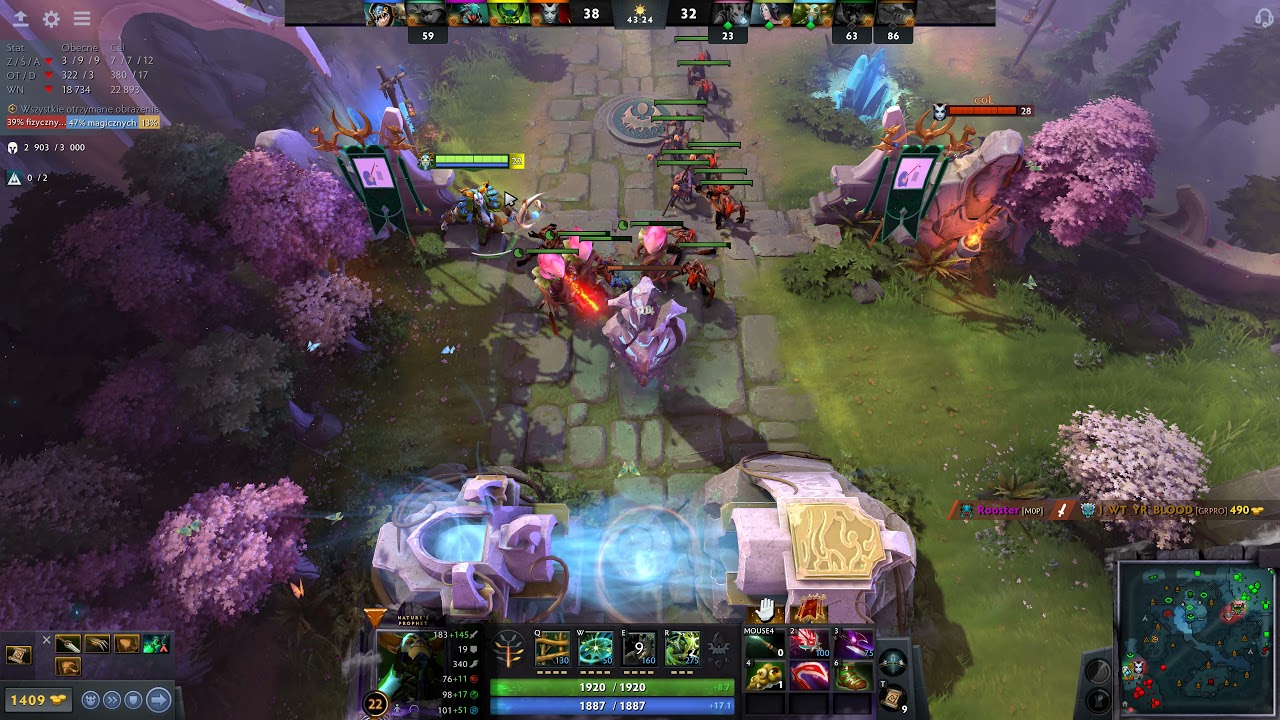 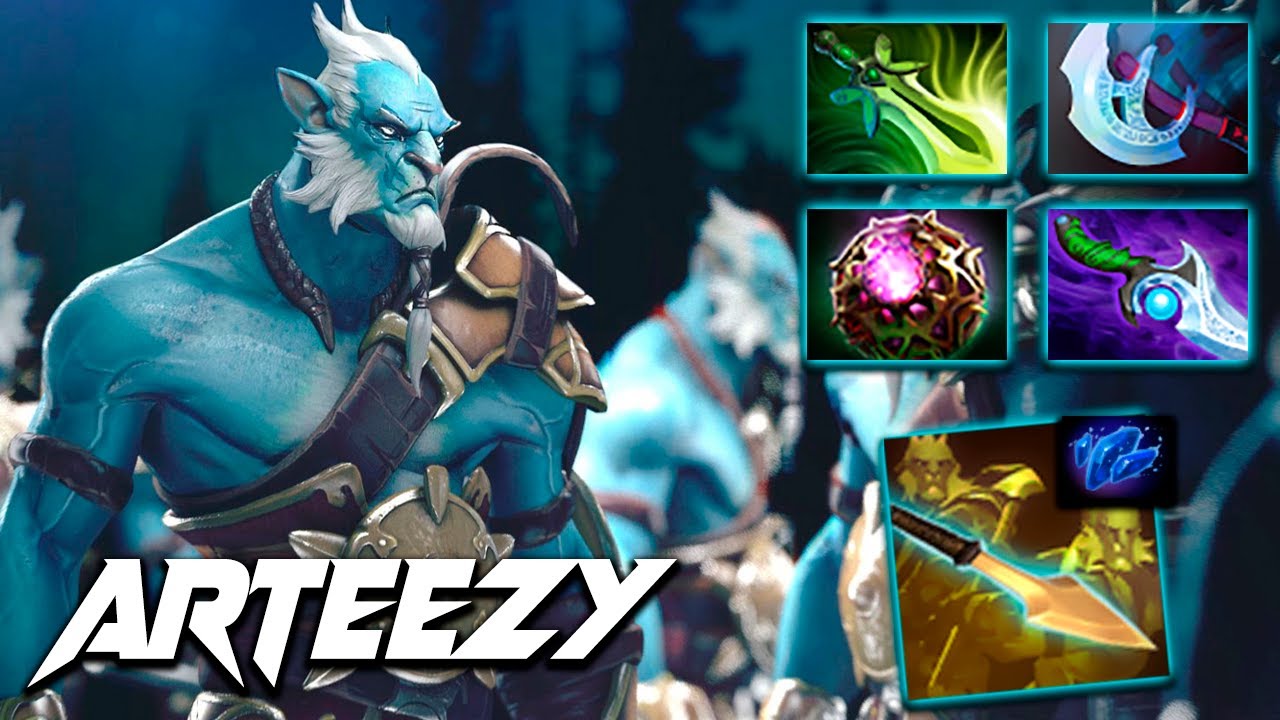