“Known for his Storm Spirit and aggressive Aegis steal attempts, for years SumaiL has continued to demonstrate his exceptional raw talent, instinct and focus. He is explosive, fearless, and a terrifying opponent. He is short-listed as one of the best NA players of all time, and the young prodigy has grown into one of the most legendary and famed core players in the world.”

SumaiL will be taking over the midlane role in Team Secret from Michal “Nisha” Jankowski, who has shifted to the carry role to accommodate his new teammate.

The two new players will be replacing Lasse “MATUMBAMAN” Urpalainen and Ludwig “zai” Wåhlberg, who both left Secret to join Team Liquid.

With SumaiL and iceiceice now joining Nisha, Yazied “YapzOr” Jaradat, and Clement “Puppey” Ivanov, Secret now boasts what is arguably the most talented roster in the entire DPC.

The Return of the King

SumaiL is widely considered as one of the best Dota 2 players of all time, starting his professional career as a highly-talented prodigy at just 15 years old. He then became the youngest player ever to raise the Aegis of Champions when he led Evil Geniuses (EG) to the championship of The International 5 (TI5) in 2015, which also earned him the moniker of “the King.”

SumaiL played with EG until 2020, fueling the team’s dominance over North America and helping them to two Top 3 finishes at TI in 2016 and 2018.

After a brief stint with his brother, Yawar “YawaR” Hassan, in Quincy Crew, SumaiL’s next team was two-time TI champions OG. SumaiL first joined OG in January last year for the 2019-2020 DPC season, helping the team qualify for the ESL One Los Angeles Major 2020 before both the tournament and the circuit itself were cancelled by the coronavirus pandemic.

At the time, SumaiL was unable to join the rest of OG in Europe as he was stuck in the United States due to international travel restrictions. While SumaiL was still able to play with OG online, his performance was understandably hampered by ping issues and contributed to the team’s struggles. As a result, SumaiL left the team last July.

SumaiL returned to competitive play in April as a stand-in for Team Liquid offlaner Samuel “Boxi” Svahn, who took a temporary break from competitive play “to be with his family.” SumaiL helped Liquid finish in second place in Season 2 of the DPC’s Western European regional league and earn a direct seed to the Group Stage of the WePlay AniMajor.

However, Liquid struggled mightily during the AniMajor and failed to qualify for the Playoffs. Boxi then returned to Liquid earlier this month, prompting SumaiL’s departure from the team. SumaiL then returned to OG in June and helped them secure a spot at TI10 through the Western European qualifiers.

Despite a strong start in TI10’s Group Stage, OG stumbled in its first match in the Main Event against Secret and were dropped down to the lower bracket.

While the two-time champions survived their first elimination match against Quincy Crew, their hopes for a three-peat were dashed after they got swept out of the tournament by eventual TI10 champions Team Spirit. SumaiL then announced his departure from OG alongside Martin “Saksa” Sazdov earlier this month.

The roster shuffle began in earnest shortly after TI10, with teams that bombed out of the tournament such as Alliance, Fnatic, Thunder Predator, and SG Esports making changes to their rosters.

The competitive Dota 2 scene revolves around TI, Dota 2’s yearly world championship tournament that has regularly broken the record for the biggest prize pool for a single esports event year after year. TI10 featured a US$40 million prize pool, with the lion’s share of US$18.2 million as well as the coveted Aegis of Champions going to champions Team Spirit.

The yearly post-TI roster shuffles came as a result of the importance of TI to the game’s competitive scene, with teams that either failed to qualify or placed poorly in the tournament often revamping their rosters in preparation for another run at the Aegis of Champions.

TI’s importance in the scene has even manifested itself in how contracts between players and their organisations are structured, with most contracts ending with the conclusion of TI.

This arrangement has allowed both teams and players to explore their options and better prepare for the next iteration of the DPC and TI.

The 2021-2022 DPC season will be starting at the end of November and has been split into three Tours for the Fall, Winter, and Spring, with the regional leagues taking place from 29 November 2021 to 17 July 2022.

For more esports news updates, visit https://yhoo.it/YahooEsportsSEA and check out Yahoo Esports Southeast Asia’s Facebook page and Twitter, as well as our Gaming channel on YouTube.

The ice is nice, but how can Secret take the offseason crown?

Since losing both zai and MATUMBAMAN in the post-International roster shuffle, Team Secret has kept quiet and started making moves to fill the void those departures left in what was one of the most successful rosters in team history.

Through the use of a multi-part comic series themed around its Dota 2 players, Secret slowly gave fans more to look forward too, before finally confirming part of the rumors and announcing that veteran iceiceice is joining the roster.

Let’s welcome the latest addition to the Secret Squad! The new beast on our offlane this season @iceiceicedota 🧊🧊🧊

Led by the combination of Puppey and YapzOr, Secret set about making its changes internally—annoucing Nisha would make the swap away from the mid lane and back to playing safe lane in the upcoming season. And, while this singular change doesn’t mean much right now because Secret plays a very fluid and adaptive style of Dota, it opens the door for another addition many think is coming next.

The Singaporean star iceiceice has been at the forefront of DotA since 2005, making the jump to Dota 2 in 2011, where he helped Scythe.SG place third at the original TI—an event that his now captain won.

From there, he has consistently jumped between teams, only remaining with the same organization for more than one season twice in his career, spending 2014 to 2016 with Vici Gaming and 2018 to 2020 on Fnatic. He is one of only two players to have attended a TI with seven different teams, and is tied with both KuroKy and LaNm for the second-most appearances at TI overall at nine, surpassed only by Puppey, who is the only player to have attended all 10.

He made the jump to North America last season, joining Evil Geniuses and helping them dominate the Dota Pro Circuit’s regular season, though they ended up falling well short of their goals at TI10, exiting in a tie for ninth place.

Now, iceiceice joins a Secret squad that is coming off of its best placement ever at an International with a third-place finish and looking to retool for another run at the Aegis of Champions—if his trolling and unorthodox playstyle doesn’t get him killed first.

​​”Pretty excited to be playing with Secret. It’s a perfect lineup for my playstyle, and Puppey has always been someone I’ve wanted to play with for the last 10 years,” iceiceice said. “I love camels and I can’t wait to be punched by Puppey.”

With Nisha swapping roles, Secret has left the doors open for a new mid laner to step in. Many rumors, including an apparent leak from now Talon Esports’ Gabbi, point to SumaiL joining the team as its final player. 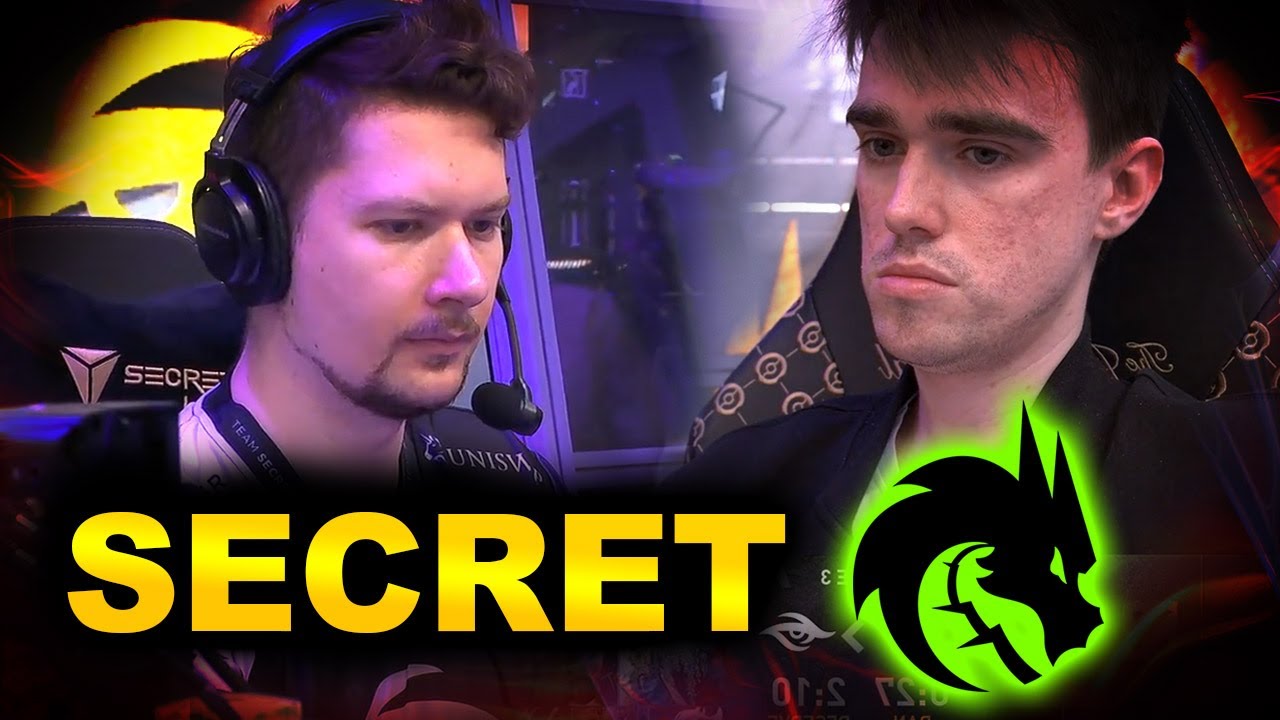 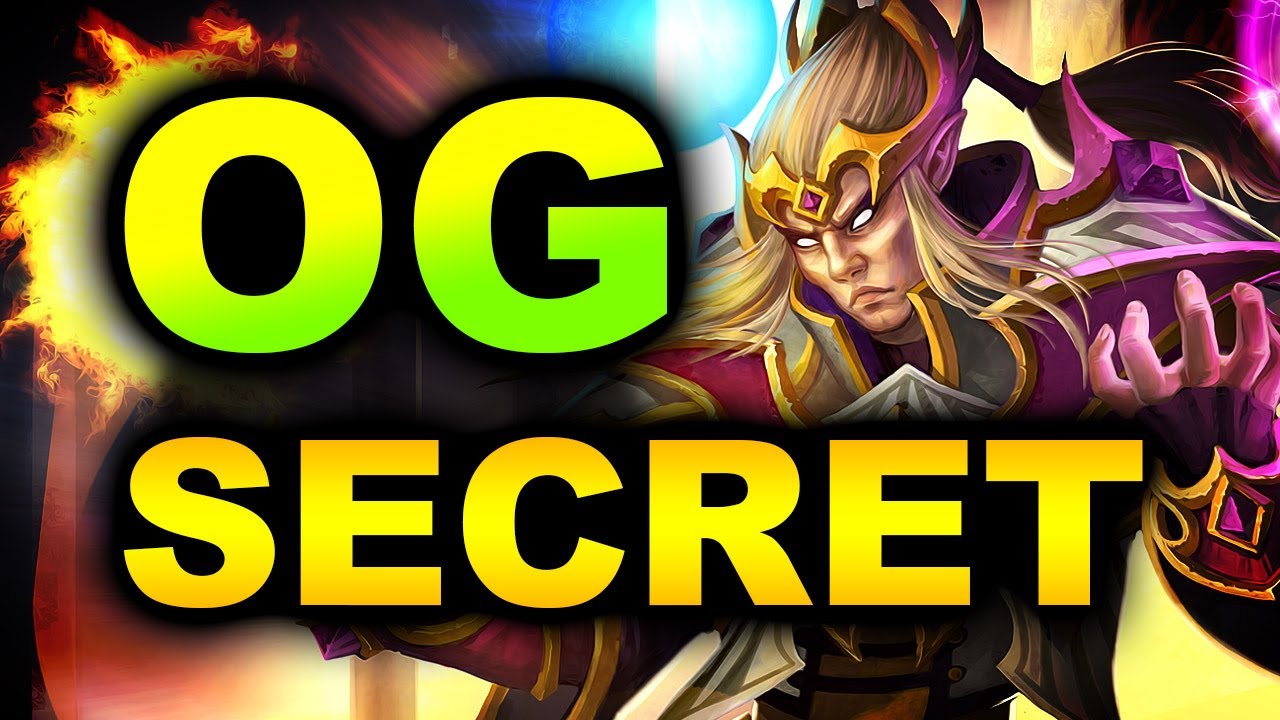 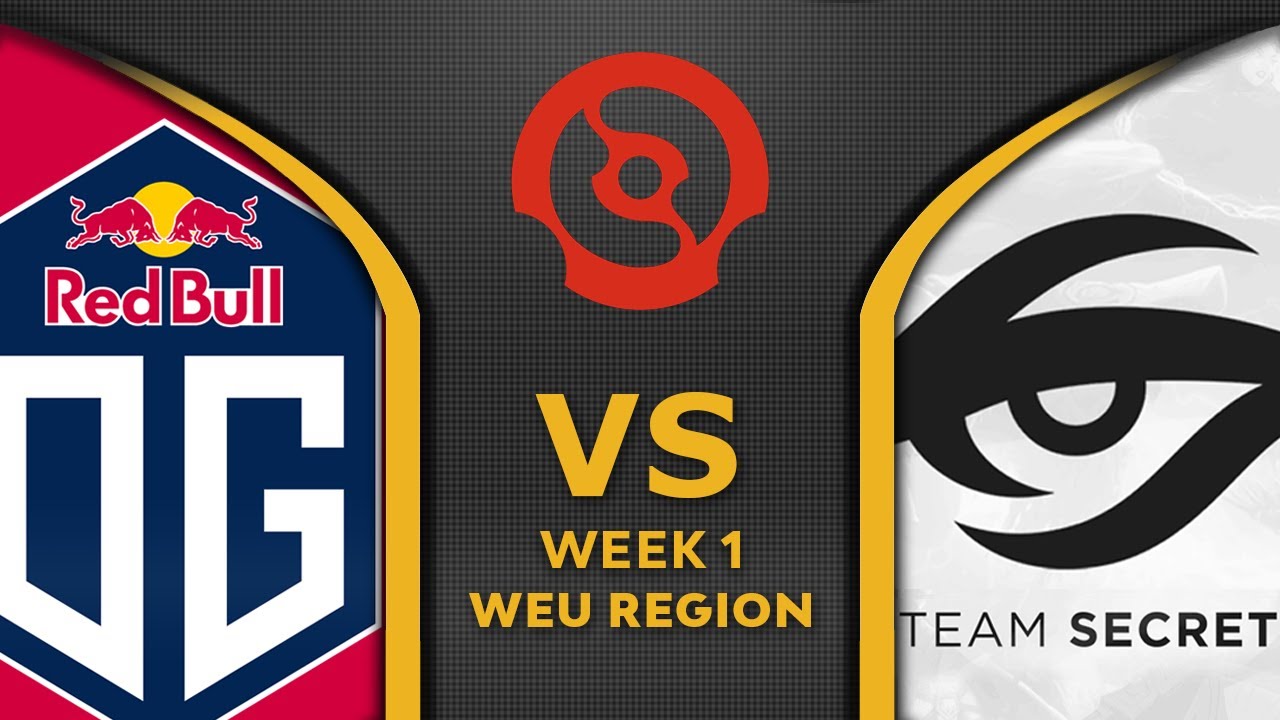 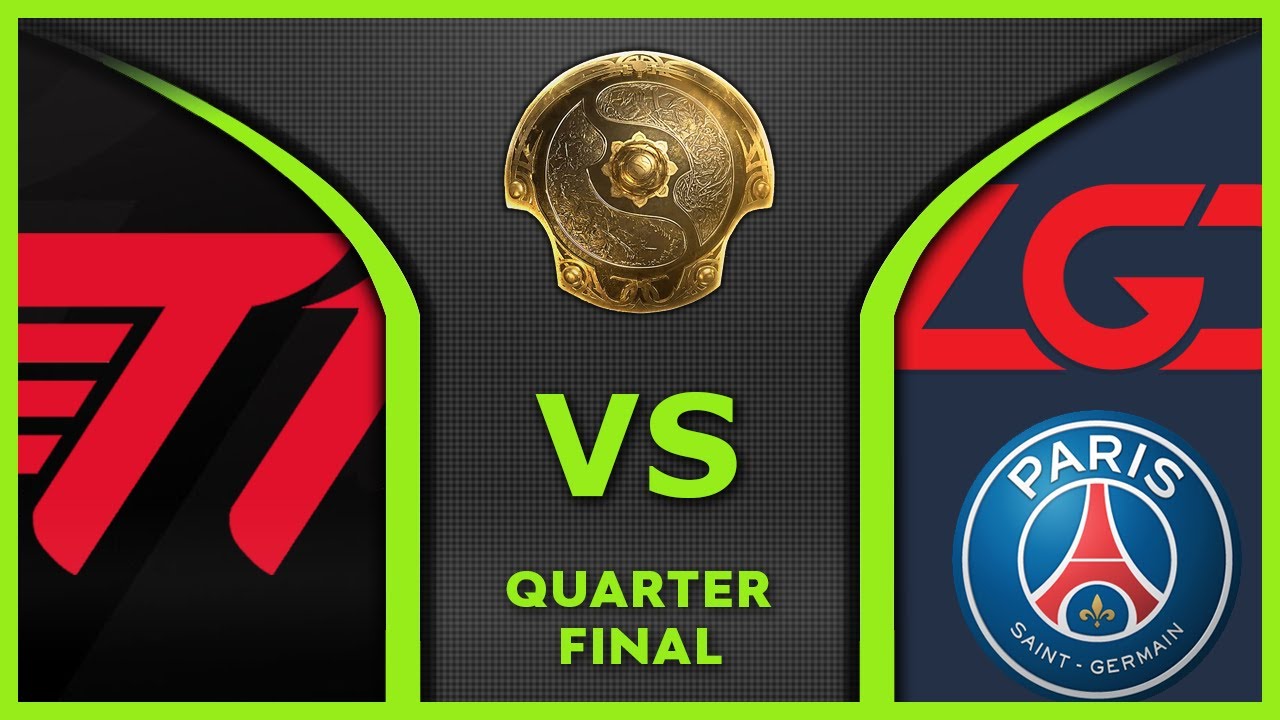 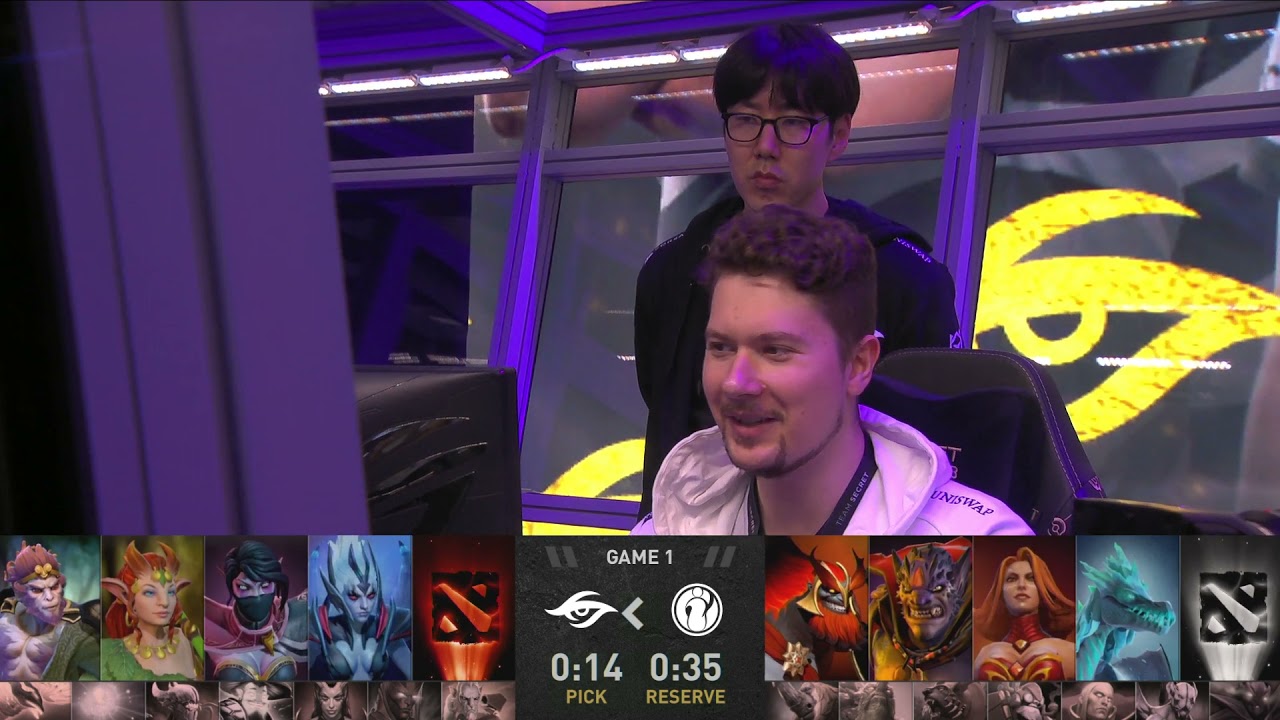