The purpose of this module is to programmatically intercept Magento’s merged
and parsed XML object representation of all the configuration *.xml files in
operation, and modify it on the fly, JIT-like. This has unbelievably powerful
consequences.

A common challenge to Magento development is the introduction of third-party
modules. Most of them are terrible. I digress. Often these third-party
modules compete for the right to extend core Magento classes, but unfortunately
Magento does not make that easy to control. In scenarios like this, where
multiple modules rewrite the same classes, only one can survive, and its name
is always Zoidberg.

The consensus among community help forums is to hack away at these modules
until they are a symbiotic Loch Ness of code–hopefully never to be seen by
the eye of scrutiny–but otherwise most commonly known as a steaming pile
of 💩. There is a lot of that in the Magento world.

The other, more clean solution is to create a kind of middleware or adapter
module that serves as common ground for both modules to interact between.
Ultimately, Magento will fail to please, though. While this approach ensures that
both modules can be untouched, thus easing their ability to update, there is
still a lot of redundant adapter code that needs to be written.

iddqd makes it possible to contextually instantiate classes within Magento.

The need for this solution arose when searching to see whether it would be
possible to add a custom XML attribute like ifcontroller="someController"
to the <rewrite> nodes in config.xml files, in an attempt at a clean
integration between two distinct modules that rewrite the same core classes.
That did not seem like a fruitful endeavour, but the possibility of throwing
an event right before the classes are named, seemed like a good opportunity
for this kind of magic.

This is done by a simple rewrite of the getGroupedClassName method in the
Mage_Core_Model_Config class. That class is responsible for deciding whether
a class has been rewritten by a module. If there is a <rewrite> provided in
a module, the method determines that for the given component, use the rewritten
class if it exists, otherwise fall back to the Magento default. iddqd
rewrites that method to insert an event dispatcher immediately before the logic
to determine whether a class rewrite is valid; the entire XML representation is
passed by reference as event data, which can then be observed in any other
module, at which point the XML representation can be manipulated without
restriction before it is finally passed back to the original flow.

A rewrite is just a simple example, though. iddqd lifts any and every
restriction when it comes to what classes get instantiated by Magento.

This should be installed using Composer. A magento build should also include the
Magento Composer Installer.
This module follows the module structure guidelines provided by
Firegento,
which will also make it very easy to submit to the
Firegento Composer Repository.

Magento does not allow directly rewriting the Mage_Core_Model_Config class.
This is because it is integral to the proper functioning of Magento, and should
it be rewritten badly, Magento will catastrophically fail. However, Magento
did create a way to modify it, in a very explicit I-know-what-I’m-doing-because-I’m-a-pro
type of way. If it is not already clear, this is an experimental module.
If the technique applied in this module appears like black magic, installing
this is not advised. This is for advanced Magento development.

Having typed that all out, the last installation step is to modify Magento’s
index.php file to replace the last line so it reads like this instead:

In a new module, say, in an adapter module that serves as a way of orchestrating
multiple modules, create the boilerplate necessary to observe the following
custom event:

This event will pass by reference a new Varien_Object with the event payload
data, that can then be manipulated before passing control flow back to the
original method. Read the source to see what data is passed.

Take a moment. That is your mind being blown.

##Layout Injector
There may also be call for injecting layout XML based on the request context. As discussed above, Magento is lacking when it comes to getting modules to work together, even in layouts. In the case of two modules trying to modify the layouts in different contexts, this event allows you to inject contextual layout xml to get modules to work together (again, useful in the context of an adapter module).

IDDQD throws an event in the class that builds the layout update xml from all of your modules. Observing this event will allow you to append additional layout update xml files right before the merged XML is built. These additional files can be added based on programmatic rules, allowing you full control over the layouts in use.

###Usage
As above, create the observer boilerplate, observing the before_layoutxml_compile event.

Origin of the name

iddqd will be obvious to anyone who grew up playing PC games in the 90s.
What does it mean? It means you operate on God Mode and nothing can stop you.
That is also what this module does.

This module was created by Linus Shops and enthusiastically licensed to the
Magento community under the MIT License.

Doom….I was obsessed with it for a number of years. The first person shooter that really hit the spot and spawned many imitators.

Browsing through the internet one day I found a complete set of original Doom SFX wav files. They were sitting on my hard drive for a while when I thought “lets see what these can do” Feeding them through a sampler and sequencer I created the opening track to this album ‘Deimos Anomaly’, the rest just came naturally.

The rules were simple:-

1. All sounds in the album must originate from a Doom sound effect

2. I can do anything to the sounds e.g. cut em, loop em, slow em down, play em backwards, add effects, etc as long as they are original Doom SFX.

This is the result of my experiment. IDDQD=GOD. All track names are taken from the various levels of the game. IDDQD was the notorious cheat code which made you invincible, hence ‘God’ mode.

Hardcore gamers amongst you will recognise many of the noises contained within, however many sounds have been twisted beyond recognition.

Big ups to Bobby Prince who created the original Doom SFX back in the early 1990s. I hope he likes what I’ve done to his work.

Soundwave manipulation and arrangement by D.N.P 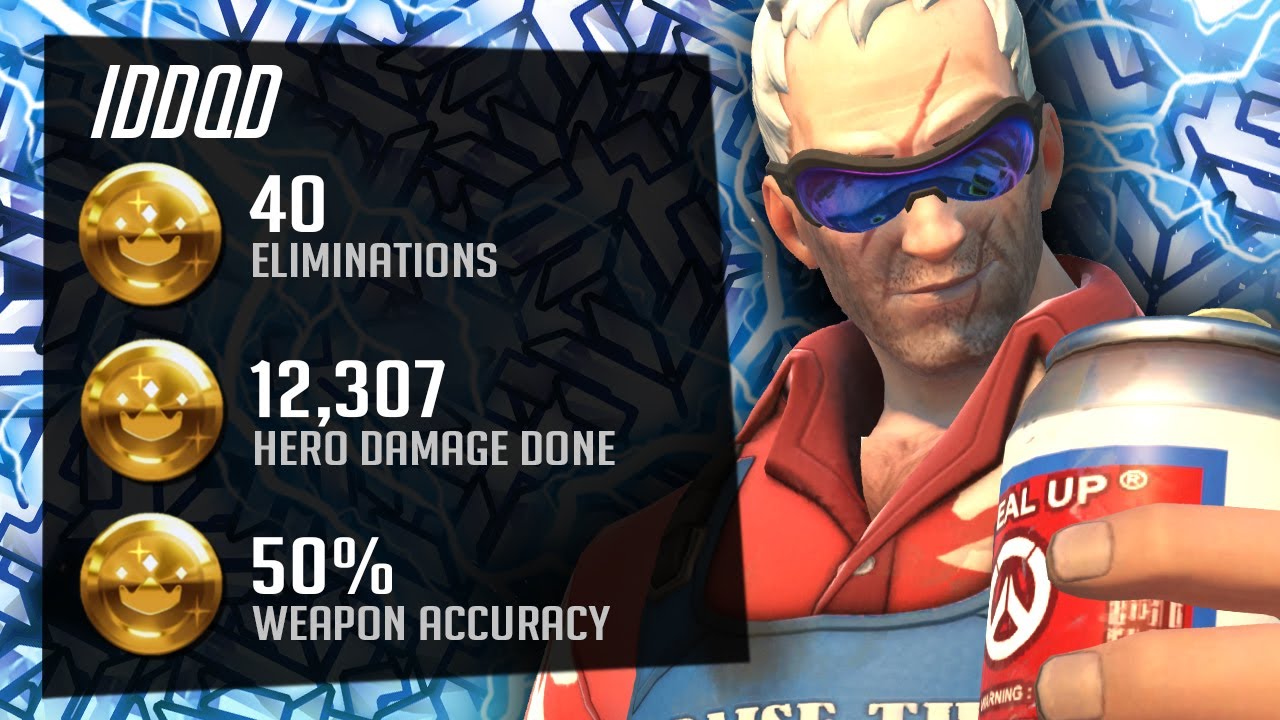 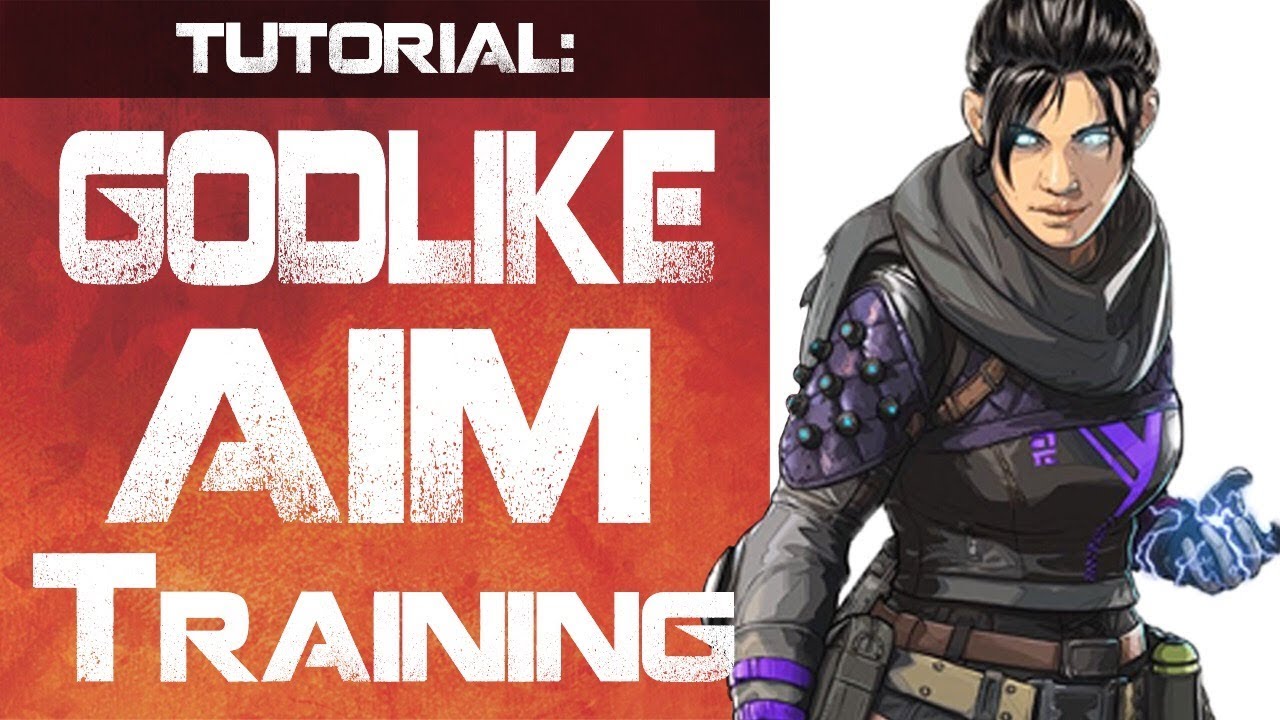 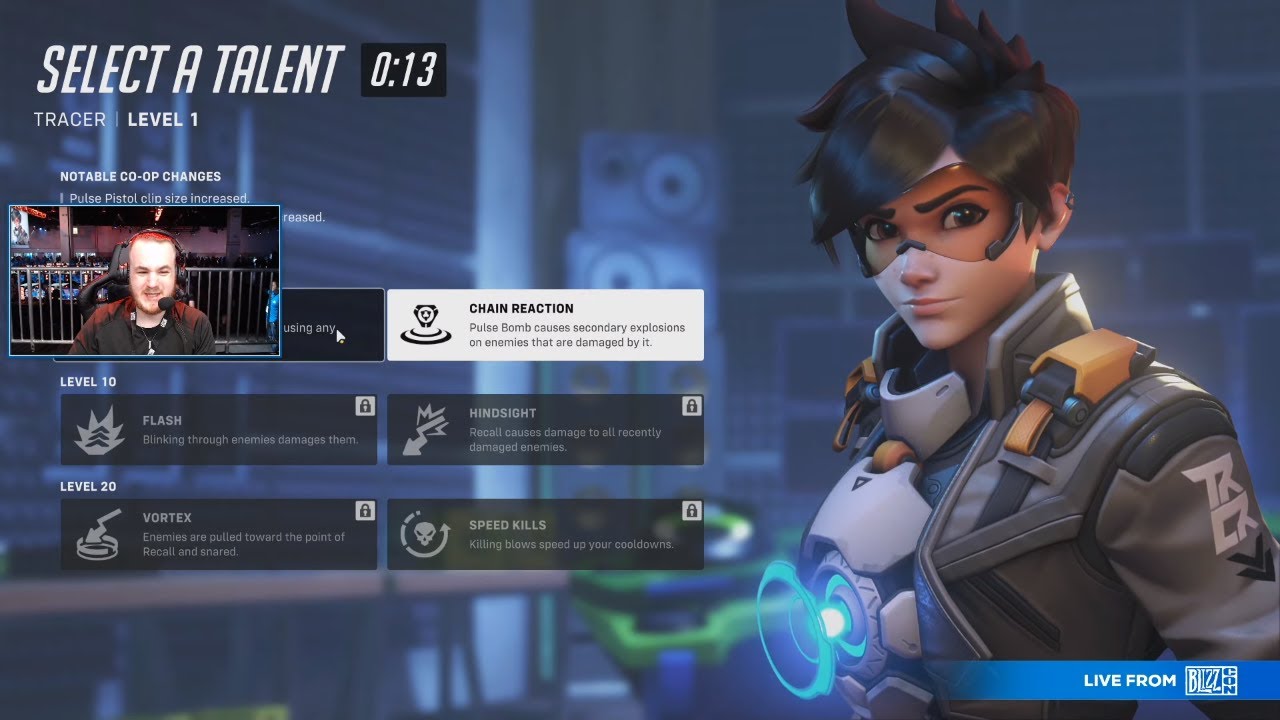 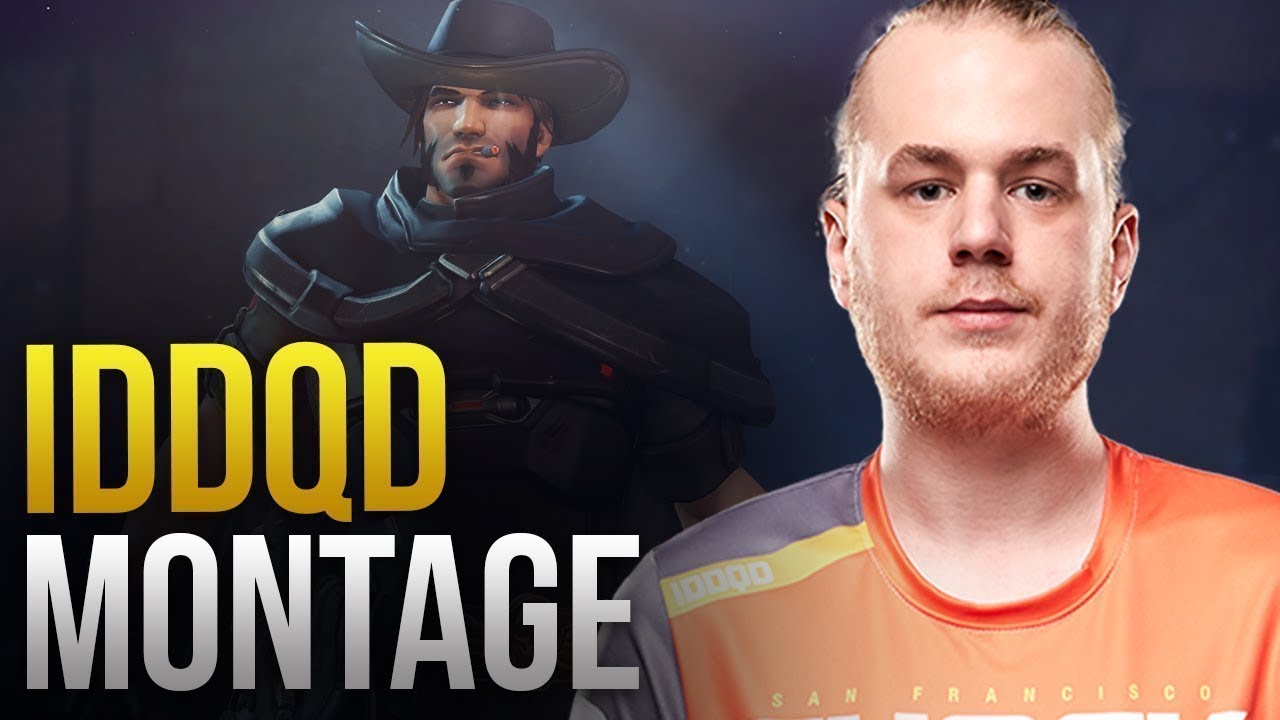 Overwatch IDDQD The Most Dominant Soldier 76 Gameplay Ever! [ TOP 500 ] 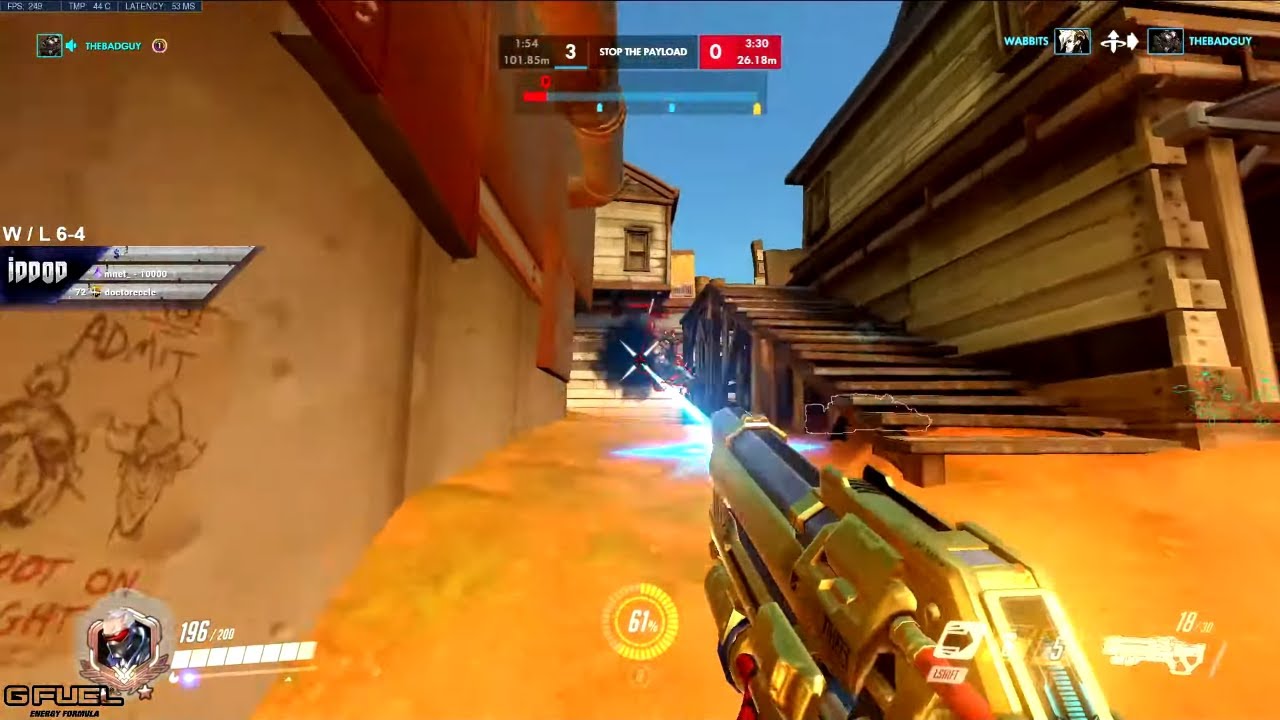