In past month or so we have seen a bevy of different roster moves, some puzzling, and others not so puzzling. Let’s take a look at some of the biggest moves.

I was not huge on this trade for either team when I first wrote about it in my preseason rankings, but I have come to see the light. That being said, I want to dig a little bit deeper, and talk about the problems that each team had last split and then look at how the roster moves could affect these problem areas.

Remember what was going on at this time last year? CLG was coming off a dominant MSI performance that saw them make it to the finals against SKT, only to suffer a pretty convincing loss to the now three-time world champions.
What went from an above average team, found itself only fractionally as successful during the last 2 splits as they have in the past. They have clear problems across the team. Darshan looks to be a shadow of his former self. Once regarded as one of the best top lane talents in North America, Darshan has slipped far into the background. Huhi is the enigma that he will always be. Aphromoo still is, in my opinion, one of the most developed North American talents in the league but plays on a team where he can’t shine. Stixxay is an average player at a crucial position. Finally we come to Xmithie. I like Xmithie a lot but looking back I don’t think he is the right fit for that team. Without dominant laners, Xmithie didn’t have much of an impact on the game, he wasn’t exceptional at unlocking his lanes, and didn’t have the mechanical ability to take over games on carry junglers. In short, CLG just suffers from a shortage of mechanical prowess which makes winning difficult outside of just out macro-ing your opponents, something that gets harder and harder as time goes on.

I called it last year in my preseason rankings, the team would struggle at the start as they learned to blend together a Korean and English speaking team, though two of the Korean speakers are bilingual (Pobelter and Olleh). I also thought their botlane would be something of a liability and indeed at the start it was. That being said the team really started to play well near the end of the split, and I think the Cody Sun + Olleh botlane grew a lot over the course of the year. Dardoch was a monster last year, sometimes solo carrying games. Dardoch has played so well in fact that Thorin calls Dardoch the most valuable player in the LCS (https://youtu.be/gaz6DbbOTC4). But as Noah Whinston has said in recent interviews, Dardoch has some out of game problems that really hurt the team (https://youtu.be/0Vw1dzbhmBE?t=38m1s). This is the same reason he no longer finds himself on team Liquid, and why he now finds himself on CLG. Ultimately, synergy issues seem like the biggest problems that Immortals faced last year.

I think bringing in Dardoch is a gamble, and a massive risk. But it’s one that is necessary for CLG to make if they want to be at Worlds. This team has sustained itself on its friendship, teamwork, and cohesive team play. Dardoch is the antithesis of that.

He isn’t a good teammate.

He won’t be your friend.

He is a damn good jungler.

Dardoch can do things that regular junglers can’t do. He can 1v9, he can unlock his lanes through creative ganks, and the pressure that he alone can exert can break even the most composed teams. We know that Darshan made his mark on the game with carry bruiser champions like Jax. With Dardoch around, you can start to see how Darshan can go back to that old school play style. Champions that scale really well in the top lane, are often pretty easy to dive and kill pre-6 so they are risky to play. Having a top notch jungler, may dissuade those gank attempts, and could lead to more first bloods happening in the solo lanes, giving Darshan a lead that he can run away with on a carry champion. I think we will have a good idea how Dardoch is affecting the team solely by watching week 1 champion picks by CLG. I don’t act like I have any idea what is going through the head of Huhi, so we will see how it affects Huhi as the season progresses.

Ultimately I think this was a net positive for CLG. They got a top notch talent and improved drastically. If they can avoid the tilt that comes from having Dardoch on their team, I look at this team to be far and away the best mid-tier team.

I think the benefits and tradeoffs are much clearer on the CLG side. Dardoch clearly has the feast/famine dichotomy. Xmithie’s benefits are clearly less defined. I think his biggest job will be to listen to his solo lanes, and help make sure they are safe. For example, Flame will call him top to counter-gank when he wants to go in, and the enemy jungler might be top side, but not immediately nearby. He can also help reset lanes for Pobelter. I think the secret entity to this trade is how having a more receptive and cerebral jungler allows Flame to tap into his past greatness. If that happens, there isn’t a top laner in North America who could withstand him.

A long, long time ago, in a galaxy far, far away. Before the legendary ADC Sneaky was around in the scene. There was a team called Quantic Gaming. The roster was as follows:

As you may know, with the addition of Wildturtle, 4 of those players are now currently on Flyquest.

Altec and Lemon, were a liability in the bot lane, that is for sure, but it’s hard to put the blame on one player or the other. I think both are ill-equipped to play at a high level against quality opponents. The addition to Turtle helps this some, but I think Lemon is still a mechanical liability on the Rift.

That being said I think Tutle gives Hai an upgraded chess piece to play with. The key to Flyquest’s success is Hai’s mastermind macro plays, a.k.a. yolo baroning at 22 minutes (only slightly joking), and giving him more talent and better pieces to play with will only help them manufacture more wins.

I don’t think this move will do much more than give Flyquest maybe one or two more wins than they would have had. That being said, the addition might be enough to stop the slide that I thought they would have this split.

For those of you who don’t know Team Liquid decided that they are going back to the roster they started last split with:

Sometimes, a team does something that I don’t agree with whatsoever. This is one of those very rare times. Here are the reasons why I feel this way.

Let’s take this one step at a time. Matt, in my opinion isn’t worth having on a roster. He is slightly above average, and he has already peaked. There were a plethora of young supports available to sign, and one support who is significantly better (Adrian), and for some reason they decided to go back to Matt? Give me a break. That would be like Cloud 9 deciding to pick up LemonNation and starting him over Smoothie. Smoothie, is younger, better, and still has room to develop. That move alone infuriates me.

I think we need to accept that it’s time for Piglet to go. The former world champion plays too pivotal a role to take up an import slot and be average. Replacing Piglet with an average or slightly below average player who doesn’t take up an import slot would allow this team to get so much better. They could have probably made a move for Wildturtle, and there is still the possibility of getting Altec, or Apollo.

This comes to my last point. Why in the world is Goldenglue back? I like him, I really do. I took part in his AMA on reddit, I watch his vlogs, I followed his journey in Korea, I want him to succeed, but this isn’t the way that Goldenglue is going to succeed. It’s impossible for a player like him to try and carry an average team. If Piglet is removed for a non-import player, there are players on the market that could replace Goldenglue. Honestly I think Goldenglue needs to seriously consider a role swap, I don’t think he will ever reach a level where you can justify having him instead of an import at the single most important role in the game.

First and foremost we come to Liquid’s number one mistake, Fenix. I am a huge Fenix fan. If you haven’t seen his 1v4 as Azir against CLG you need to (https://youtu.be/bjV677Q4hBw). For a nice pay increase I am sure he would enjoy coming back to the LCS to destroy the feeble mid laners in North America not named Jensen and Bjergsen. There is other strong midlane talent that would be worth developing that wouldn’t require getting rid of Piglet, Damonte and Ablazeolive being the most notable that I know of.

Anyways, enough of the counterfactuals. This team is doomed, unless Reignover finds his mojo. I would love to see this team demoted, and then not picked for franchising. You can’t finish 4th if you aren’t in the league.

Doublelift to TSM: TSM is still the team to beat, I think this makes them slightly more internationally relevant, but I still think they are a jungler away from being a world’s semifinalist

Damonte to Echo Fox: Bringing in the talented North American mid laner to be a part of the substitute team is a top tier play by Rick Fox. I am a firm believer that there is plenty of talent in solo queue across the world that could be developed into amazing pro players. Being a great pro player takes a unique set of skills that aren’t needed in solo queue. Getting mechanically talented players and finding if they have the capacity to build those skills is the best way to set your team up for the future. 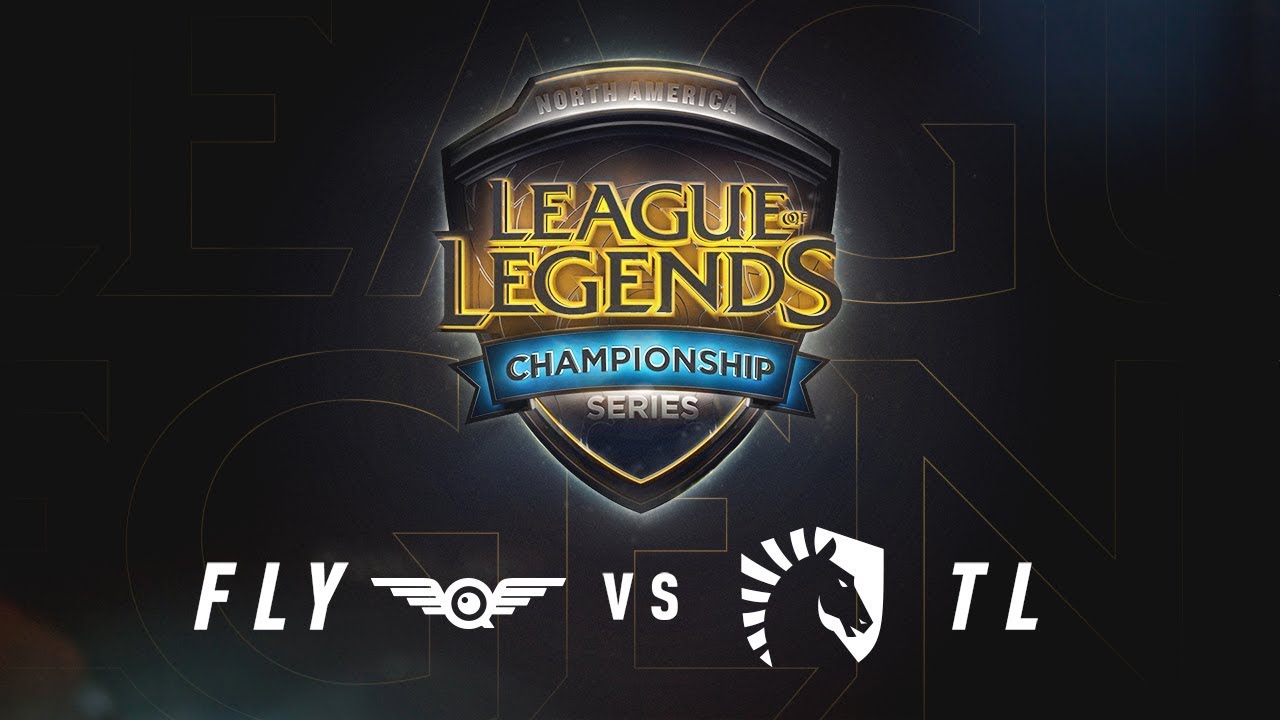 Watch all matches of the split here from all of our leagues: NA LCS, EU LCS, LCK Champions Korea, LPL. FULL VOD PLAYLIST https://www.youtube.com/user/LoLChampSeries/playlists?view=50\u0026shelf_id=72\u0026sort=dd
You can always learn more and view the full match schedule at http://www.lolesports.com.
Join the conversation on Twitter, Follow us @lolesports :
http://www.twitter.com/lolesports
Like us on FACEBOOK for important updates:
http://www.facebook.com/lolesports
Find us on INSTAGRAM:
http://www.instagram.com/lolesports
Check out our photos on FLICKR:
http://bit.ly/lolesportsFlickr 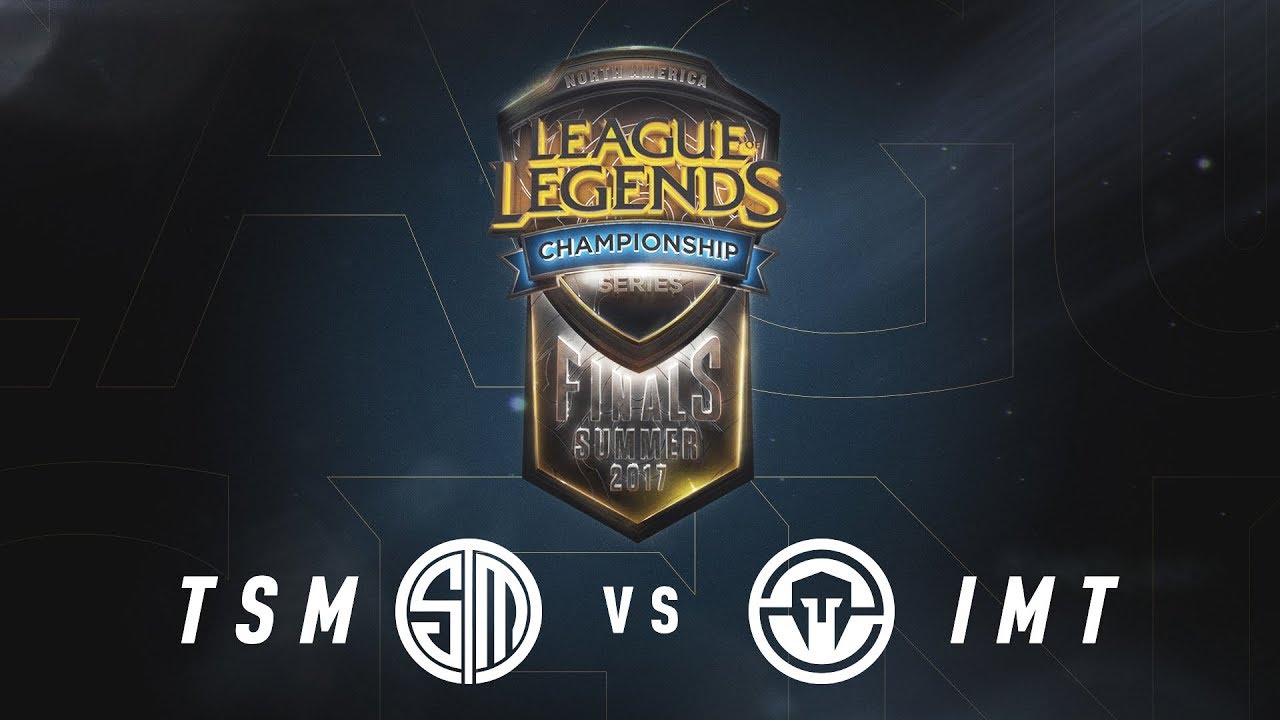 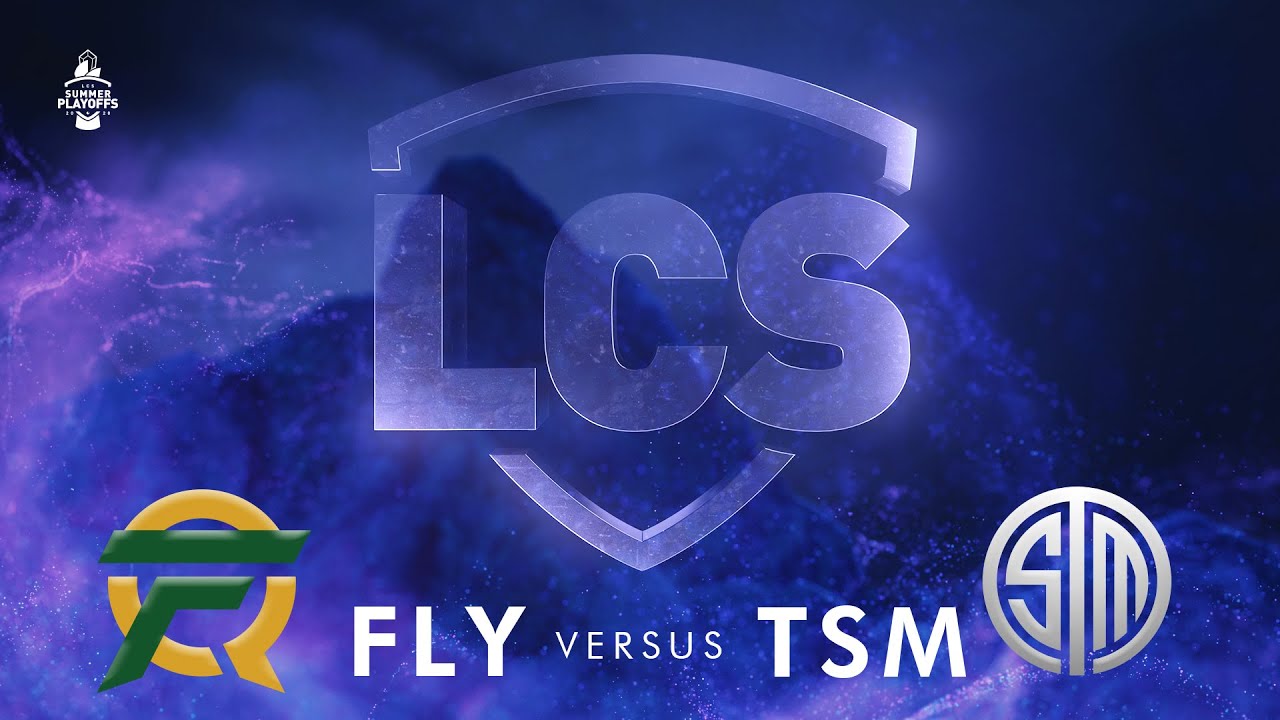