There are several major advantages to zero-IF architecture. However, there are also some challenges that need to be overcome. Transmit local oscillator leakage (referred to as transmit LOL) is one such challenge. Uncorrected, transmit LOL will produce an unwanted emission within the desired transmission, potentially breaking system specifications. This article discusses the issue of transmit LOL and examines the techniques used to eliminate it, as implemented in ADI’s RadioVerse™ transceiver family (which includes the AD9371; see ADI RadioVerse Website for more details). If transmit LOL can be reduced to a low enough level that it no longer causes system or performance issues, perhaps people can learn to laugh out loud about LOL!

An RF mixer has two input ports and one output port, as shown in Figure 1. The ideal mixer would produce an output that is the product of the two inputs. In frequency terms, the output should be FIN + FLO and FIN – FLO, nothing else. If either input is undriven there will be no output.

In Figure 1, FIN is set to FBB with a baseband frequency of 1 MHz and FLO is set to FLO with a local oscillator frequency of 500 MHz. If the mixer were ideal it would produce an output that comprises two tones: one at 499 MHz and one at 501 MHz. However, as shown in Figure 2, a real-world mixer will also produce some energy at FBB and FLO. The energy at FBB can be ignored because it is far away from the desired output and will be filtered out by the RF components located after the mixer output. Regardless of the energy at FBB, the energy at FLO can be a problem. It is very close to or within the desired output signal and difficult or impossible to remove by filtering, since the filtering would also filter the desired signal. It is this unwanted energy at FLO that is referred to as LOL. The local oscillator (LO), which drives the mixer, has leaked to the mixer’s output port. There are also other paths for the LO to leak to the system output, such as through power supplies or across the silicon itself. Regardless of how the LO leaks out, it can be referred to as LOL.

In a real-IF architecture where only one sideband is to be transmitted, it is possible to resolve LOL by using RF filtering. In contrast, in a zero-IF architecture where both sidebands are to be transmitted, the LOL sits in the middle of the desired output and presents a more difficult challenge (see Figure 3). Conventional filtering is no longer an option, because any filtering that would remove the LOL would also remove portions of the wanted transmission. Therefore, other techniques must be used to eliminate it. Otherwise, it will likely end up becoming an unwanted emission within the overall desired transmission.

The elimination of LOL is achieved by generating a signal that is equal in amplitude but opposite in phase to the LOL, thus cancelling it, as shown in Figure 4. Assuming we know the exact amplitude and phase of the LOL, the cancellation signal can be generated by applying dc offsets to the transmitter’s inputs.

Generation of the Cancellation Signal

The quadrature signals that drive the complex mixer can be described as Sin(LO) and Cos(LO)—these are orthogonal signals at the LO frequency that drive the two mixers. To generate the cancellation signal, these orthogonal signals are added together with different weights. In mathematical terms, we can produce an output that is I × Sin(LO) + Q × Cos(LO). By applying different signed values in place of I and Q, the resulting sum will be at the LO frequency and can have any desired amplitude and phase. Examples are shown in Figure 5.

Figure 5. Examples of any phase and any amplitude cancellation signal being generated.

Figure 6. Basic concepts of observation and correction of TxLO leakage.

The transfer function from the transmitter baseband input to the observation receiver baseband output is comprised of two components: amplitude scaling and phase rotation. Each is explained independently in more detail in the following sections.

Figure 10. Amplitude scaling due to attenuation in the loopback path.

Now let’s consider phase rotation. It is important to realize that signals do not travel instantaneously from point A to point B. For example, signals travel through copper at approximately half the speed of light, meaning that a 3 GHz signal travelling along a copper strip has a wavelength of approximately 5 cm. This means that if the copper strip is probed with multiple oscilloscope probes spaced a few centimeters apart, the oscilloscope will show multiple signals that are out of phase with each other. Figure 11 illustrates this principle, showing three scope probes that are spaced out along a copper strip. The signal seen at each point is at a frequency of 3 GHz, but there is a phase difference between the three signals.

Note that moving a single scope probe down the copper strip would not show this effect, as the scope would always trigger at 0° phase. It is only by using multiple probes that the relationship between distance and phase can be observed.

Just as there is a phase change along the copper strip, there will be a phase change from transmitter input to observation receiver output, as shown in Figure 12. It is essential that the LOL correction algorithm knows how much phase rotation has occurred for it to compute the correct correction values.

Figure 12: Phase rotation due to physical distance in the loopback path.

To overcome these challenges, the ADI transceivers use an algorithm that applies a low level dc offset to the transmitted signal. The offset level is adjusted periodically and these perturbations will show up in the observation receiver’s outputs. The algorithm then analyzes the deltas in input values compared to the deltas in observed values, as outlined in Table 1. In this example there is no user signal being transmitted, but the method still holds in the presence of user signal.

By performing a subtraction of the two cases, the constant transmit LOL is eliminated from the equation and the transfer function can be learned. The number of cases can be expanded to more than two, giving many independent results that can be averaged to increase the accuracy.

This article provides an overview of one aspect of the algorithms used in ADI’s RadioVerse transceivers. For a broader understanding on the concepts of zero-IF and algorithms, see this article on complex RF mixers.1

League of Legends (LoL) is an online battle arena video game developed by Riot Games for numerous platforms including Windows, Linux, macOS, etc. The game has immense popularity in the market and is a direct competitor of multi-million game Dota. 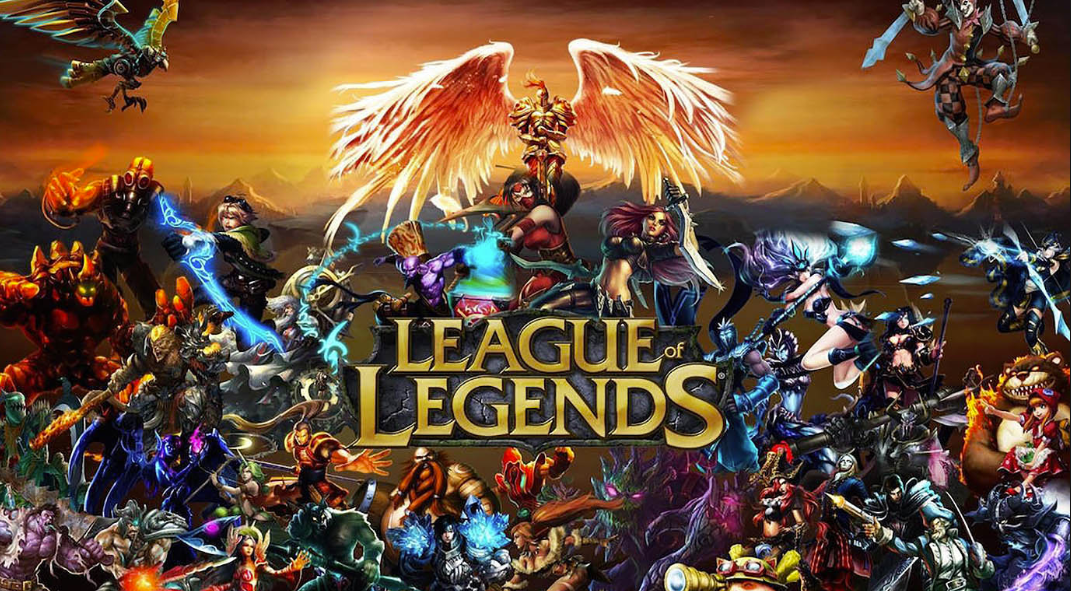 Recently, there have been several reports by users where they have massive random FPS drops while playing. This is even the case for users with high-end PCs having GTX 1080 and Core i7 8700k processors. This rules out the possibility that the FPS drop is because of low-end PCs and graphics hardware.

What Causes the League of Legends FPS to Drop?

After researching from the users and testing the phenomenon on our systems, we concluded that the FPS drop was not because of a single reason but a combination of several different factors. The reasons why League of Legends FPS drops are but not limited to:

Before we proceed with the solutions, make sure that you have an active internet connection and are logged in your computer as a computer administrator.

FPS cap is a feature in League of Legends that allows users to set the cap for the game’s FPS. You can set a custom value according to your needs. By default, the cap is set as uncapped. Even though this might seem okay but this option was discovered to cause issues with the FPS. We will set the FPS cap of the game and see if this fixes the issue.

Overlays are software components that allow users to access certain parts of third-party software while playing the game. This is usually a small bar at the bottom of the screen which can be accessed by pressing a specific hotkey. Overlays might seem appealing but are the cause of FPS drop in League of Legends.

Below is the method on how to disable Discord overlay (if you are using one). Make sure that you disable all other overlays present on your computer.

If the above solutions don’t work, we will move ahead and broaden our troubleshooting area to third-party applications and hardware. Let’s talk about Overclocking first. Overclocking is an act of increases the clock rate of your processor until it reaches its threshold temperature. Once it does, the overclocking is stopped. Even though this is there to increase performance, there are several cases where this causes the FPS drop. 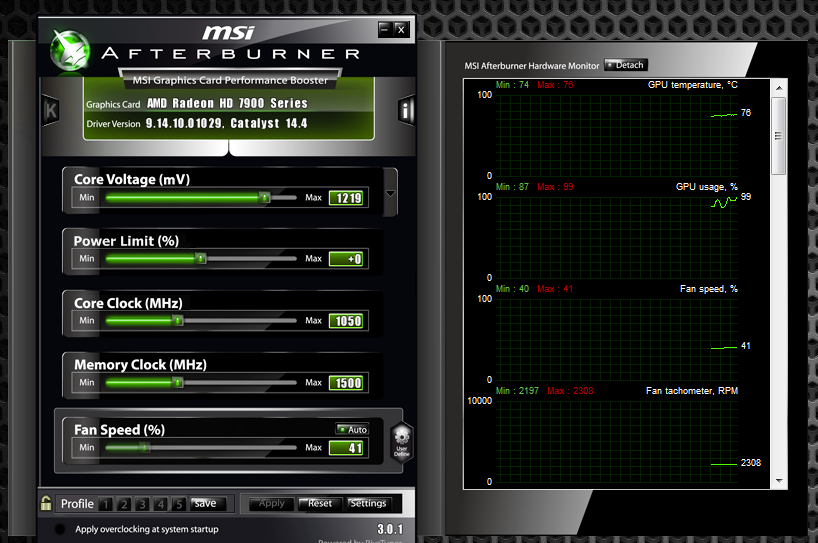 Laptops are known to have power options embedded inside them which allow the user to select power options according to his need. By default, this option is set as balanced. We need to change it to maximum performance.

Full-screen optimization function in Windows helps applications to have their executable optimized to the full-screen of your display. This is a very helpful feature and is enabled by default. We will disable this and also change the DPI setting. You can revert the changes later on if they don’t work.

Restart your computer and check if the FPS drop is resolved.

If all the above methods don’t work, your graphics drivers need to be updated. Drivers are the main mechanisms connecting hardware and software and make use of your resources. If these are outdated or broken, you will experience issues such as FPS drops.

Look up Civilization 5 won’t Launch and refer to Solution 3 where the entire method of reinstalling the latest graphics drivers is listed. Make sure that you uninstall the current driver first using DDU before attempting to install the latest driver released by your manufacturer.

League of Legends has a low spec mode to help users with low specs to play the game. The low-specs mode will automatically lower all the computer’s graphics settings and set the entire performance to low. Enabling this mode and then playing LOL will clarify if the problem is happening due to PC specs/Internet speed. If the game gets better, it probably means that you need to update your graphics hardware. 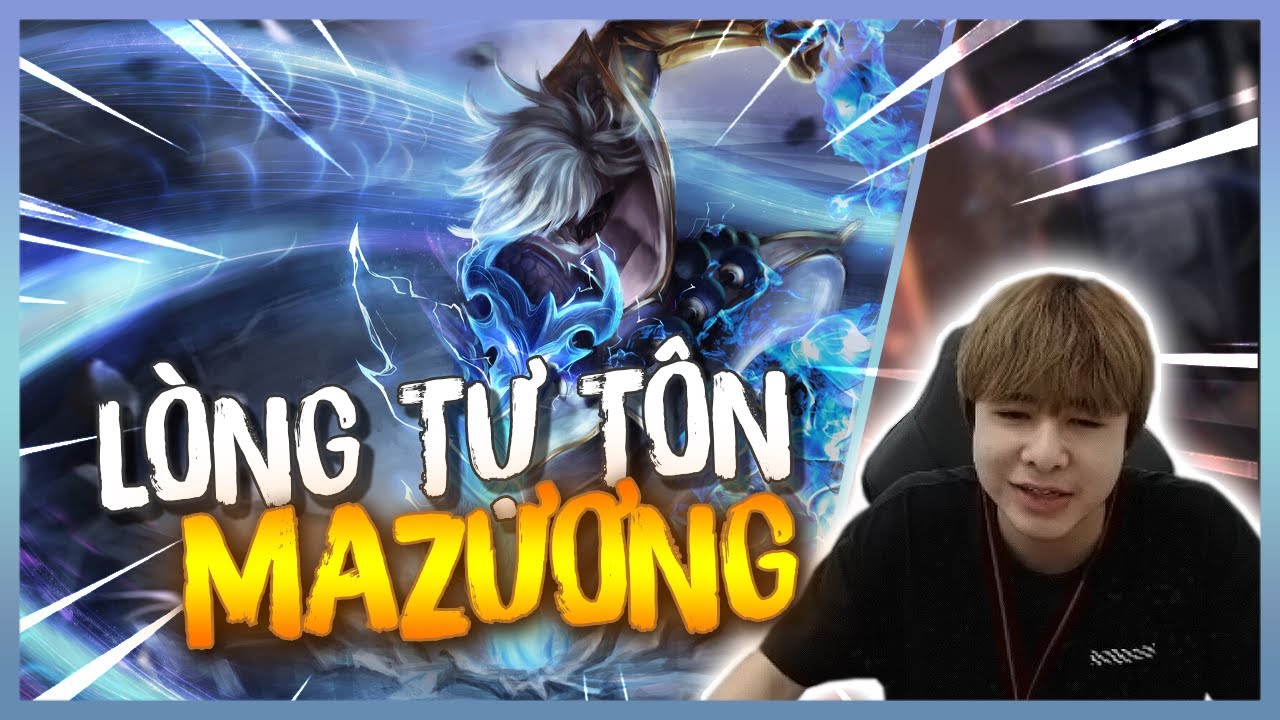 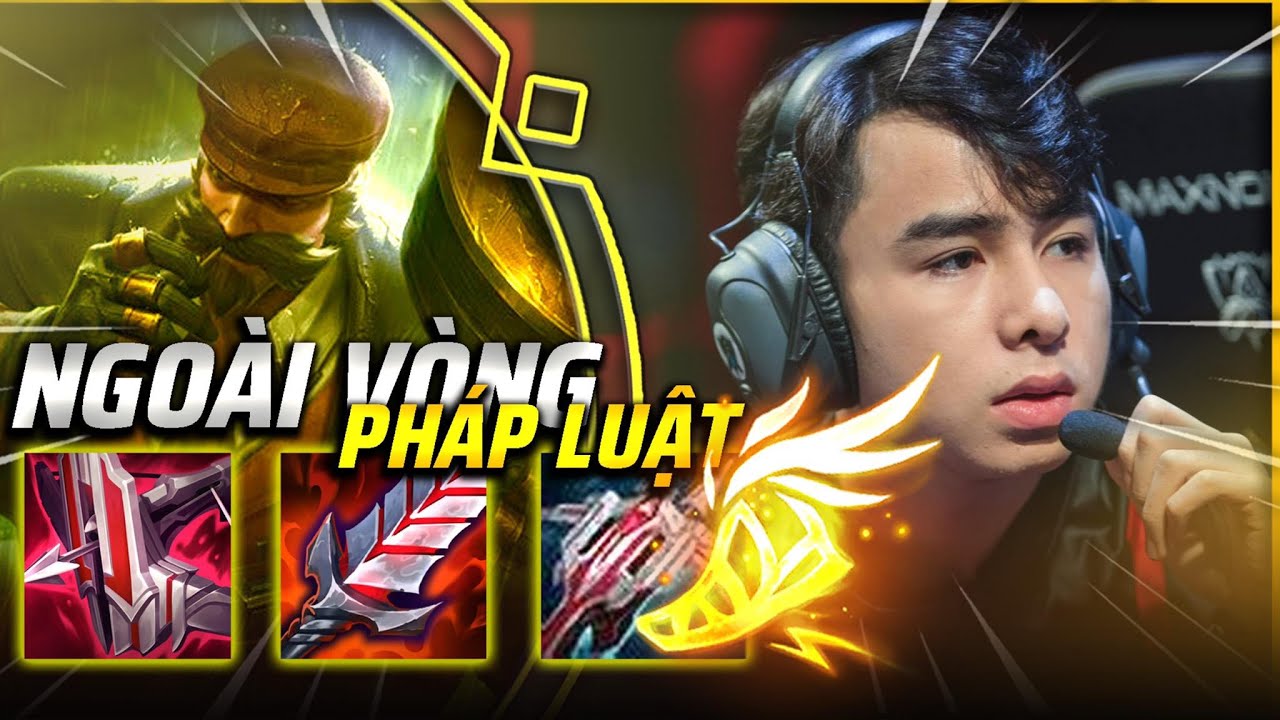 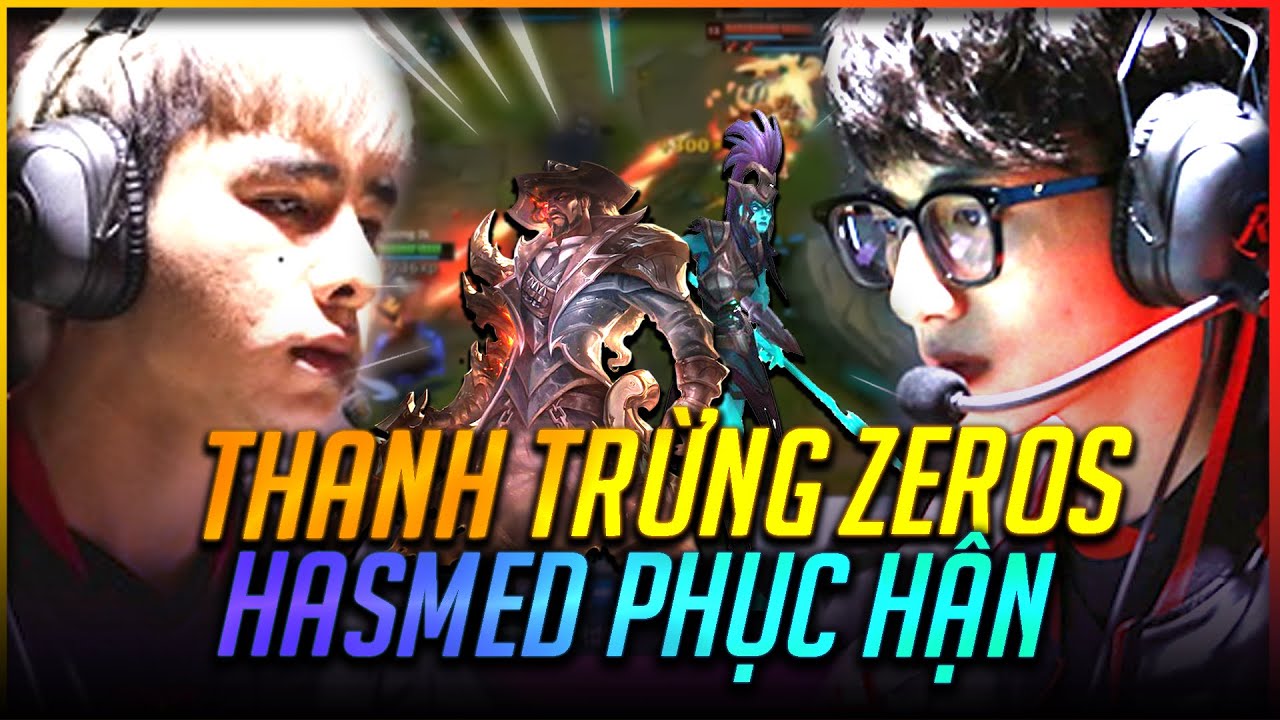 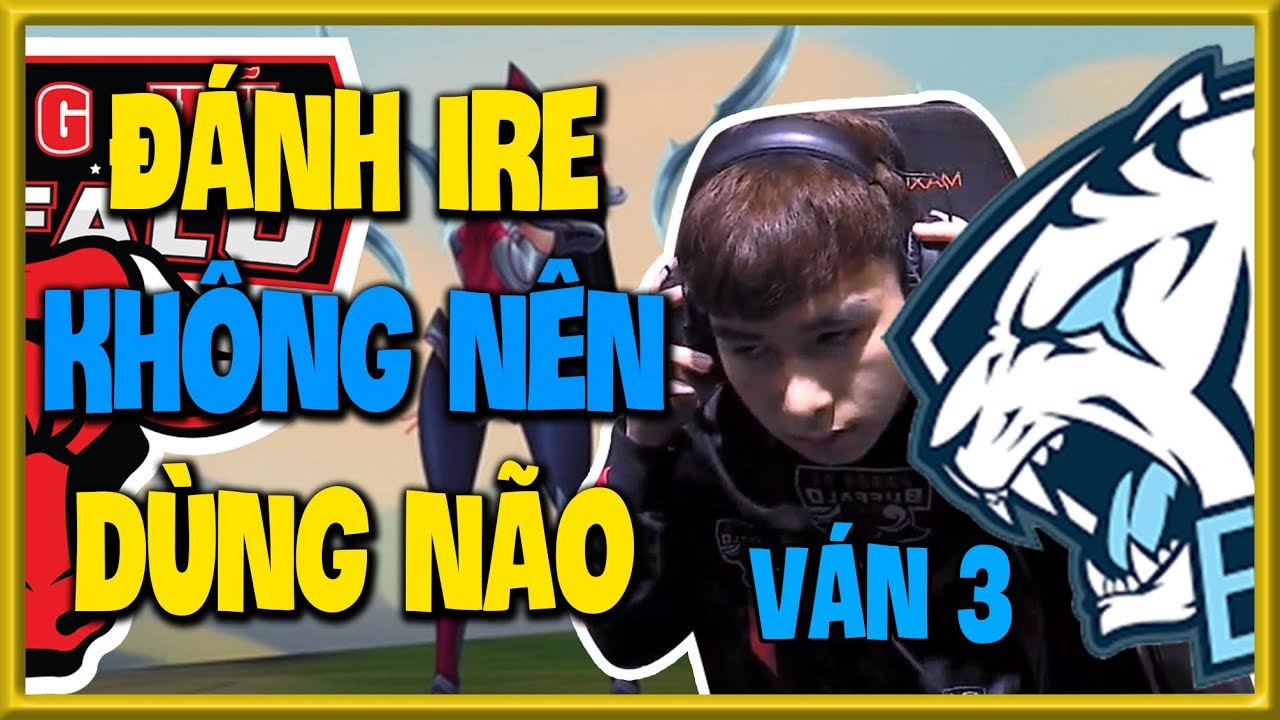 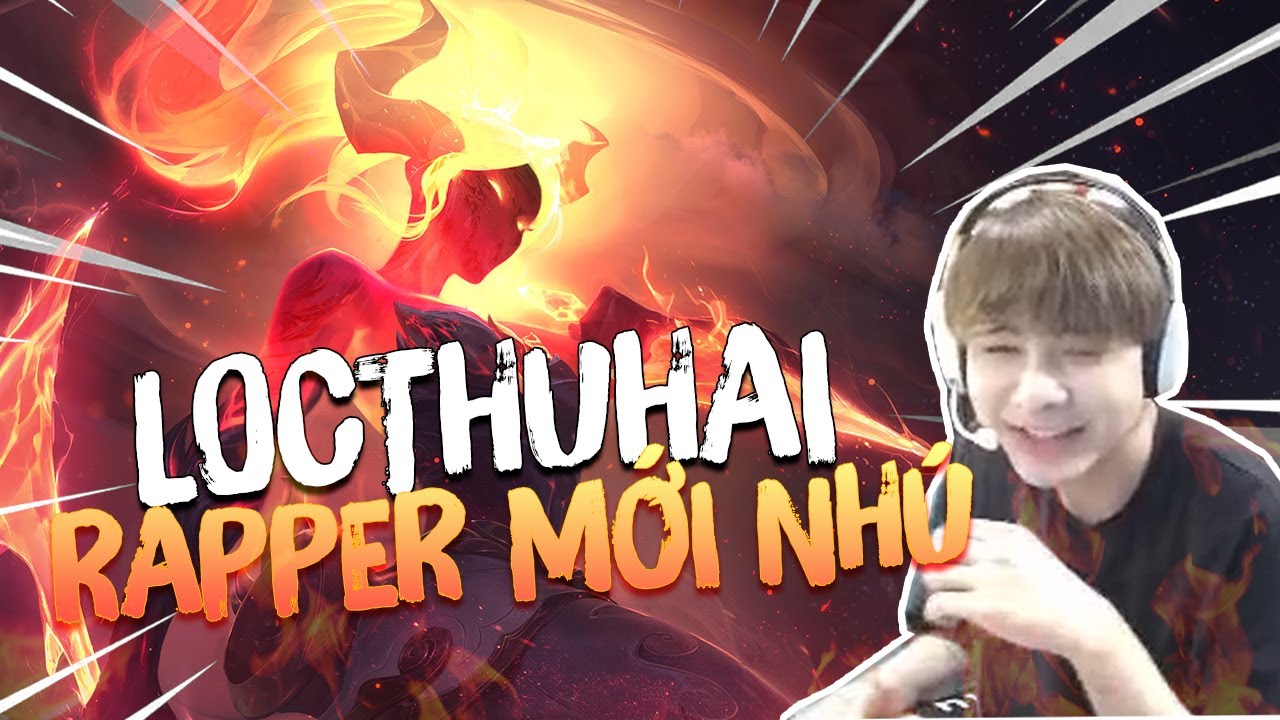